If you happen to know a thing or two about South Africa, you must know that some unique and interesting facts are attached to it. Well, have you heard about all the extraordinary records held by South Africans? No? We can’t have that. The extraordinary traits of the South African people can be seen through the prism of numerous world records, confirmed by the ultimate authority on the subject - the Guinness Book of World Records. We give you an overview of some of the most jaw-dropping records achieved by men and women of South Africa.

Pro Springing - Most Consecutive Backwards Handsprings Done With One Hand

Gymnastics is a demanding discipline, definitely a lot harder than it looks. On occasions, the human body can really surprise us with what it can do and such remarkable achievements rarely go unnoticed. An example comes to mind – a talented SA gymnast Zama Mofokeng established the world record for the most backwards handsprings done with one hand with 34 consecutive acrobatic moves. Impressive, Mr Mofokeng! But, what’s a handspring anyway?

By definition, it is “a complete revolution of the body by lunging headfirst from an upright position into an inverted vertical position and then pushing off (i.e., ‘springing’) from the floor with the hands so as to leap back to an upright position. The direction of body rotation in a handspring may be either forward or backward […]”. If you can’t quite picture it, there is a video of Zama doing it on YouTube, with only one point of balance!

Yes, dogs wearing accessories is a thing. Hats, scarves, shawls, bowties…you name it. Apparently, bandanas are all the craze in South Africa, since this country holds the world record for the “most dogs wearing bandannas in one place”. The record was established by the Gauteng’s dog-owning community in October 2017 at The Big Red Barn, Pretoria.

A total of 765 dogs attended The Doggy Day held in Irene and broke the record previously held by the RSPCA ACT in Australian Canberra with one less puppy. Apart from the inevitable “aaaww” effect, the event served as a platform for raising money to assist the Animal Anti-Cruelty League and raise awareness concerning the fight against animal cruelty. Woof, woof for that.

While people normally sculpt with marble or clay, the record-breakers from South Africa had something else in mind. In order to cleanse the public and make people think about unity, globalisation and other burning world subjects, the good people of Protex Soap delivered a massive soap sculpture measuring 2.19 x 2.07 x 2.68 m (7.19 x 6.79 x 8.80 ft).

The sculpture representing a globe held by two hands was revealed in Johannesburg, South Africa, on 5th of October 2010. Interestingly, the largest bar of soap record is also held by a South African soap manufacturer, Unilever South Africa Home & Personal Care. Their creation is a replica of Unilever's Vaseline bath bar. You can never get enough scrubbing done, can you?

The Kissing Game - Most Lipstick Applications In One Hour

It often happens that women go out of the house without their keys or wallet, but they rarely forget their lipstick. After all, they need to reapply it during the course of the day multiple times. It would be a disaster otherwise, looking at their lips in the mirror with a poorly applied lipstick… oh, the horror! Bertha Le Roux-Wahl from South Africa does not struggle with these problems, as she possesses incredible lipstick-applying skills. 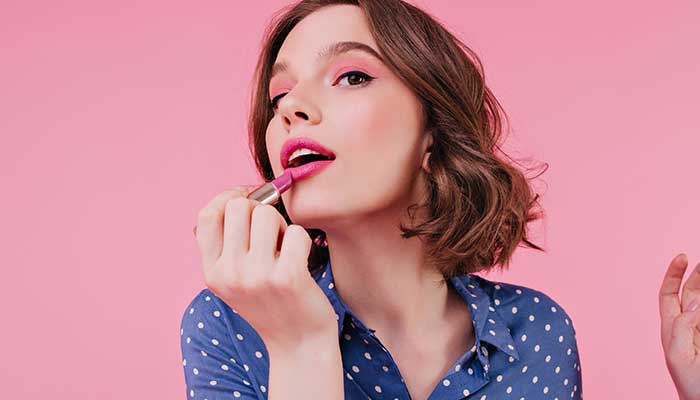 She, on behalf of Finesse Magazine and Revlon, applied her lipstick 535 times in a single one-hour session. In other words, she was able to apply a coat of lipstick nine times in one minute. The event took place at the Red Cross Memorial Children’s Hospital in Cape Town on March 2nd 2012 and was organised for charity.

"Geronimo!"  - Most Bungee Jumps In One Hour

Junkies aren’t just people addicted to opiates and vices, what about those addicted to adrenaline rushes? Are they really sick or just bored? One way or the other, records are broken in this area as well. South African Veronica Dean performed 19 bungee jumps in one hour at Bloukrans River Bridge and established the world record in this category on 9th of May 2003. 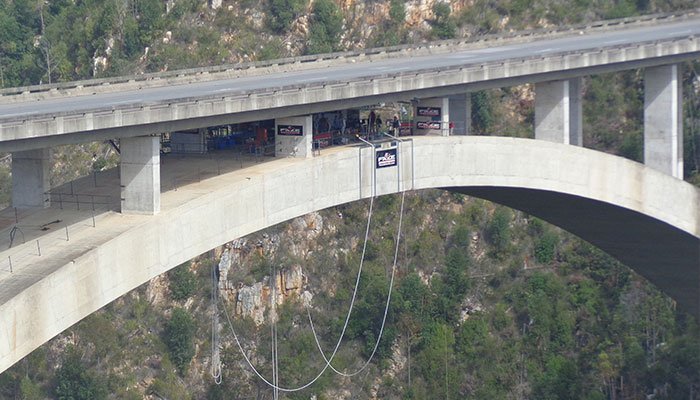 The thrill of free falling and the rebound makes bungee jumping a unique experience, but imagine the effects of kinetic energy when you’re doing it once every three minutes! How that feels exactly is known only to Veronica Dean, as this brave South African extreme jumper is the only one to have done it to date.

Arguably the greatest achievement on the list, the world’s largest sausage roll, goes into the hands of South African bakers. We all love sausage rolls, right? How could you not love them? These mouth-watering salty snacks will be the death of us probably, but until that happens let’s try and make the biggest possible sausage roll in history. The mammoth effort was finalised with a 111.11m (364 ft 6.4 in) roll made by King Pie in Faerie Glen, South Africa on 25th of June 2005. Crowned with the official world record, the giant roll in all likelihood met its end in the chewing apparatus of many hungry Pretoria residents.

Most football fans in South Africa know precisely what a vuvuzela is. This long plastic horn is a faithful companion of spectators at football matches. It was so loud during the 2010 FIFA World Cup that people all around the globe almost didn’t need a television broadcast to hear it. They could just prick up their ears and open a window. Jokes aside, the fact that the “most people blowing a vuvuzela at the same time” record belongs to South Africa is not at all surprising.

It was achieved by 12,511 spectators at the Vodacom Challenge soccer match at the Nelson Mandela Bay Stadium in Port Elizabeth. It was during a fixture between Kaizer Chiefs and Orlando Pirates on 23rd of July 2009. A total of 300 volunteers counted how many vuvuzela-blowers participated in the establishment of this unique record, which is now getting close to a full decade of not being broken.

South Africa may have only two ski resorts, but it has a lot more beaches and sunshine. Where there’s smoke, there’s fire, or in this case, where there are beaches there are monster waves. For decades have South African surfers tamed the waves of the Atlantic and the Indian Ocean, so it was only a matter of time when a record would be set regarding the famous surface water sport.

In 2009, 110 surfers caught the same wave at Muizenberg Beach, Cape Town. This was a record for the most surfers riding the same wave simultaneously, and its enactment helped raise awareness about climate change. Even Kim Kardashian tweeted about it.

Environment-friendly - Most Steel Cans Collected In One Month

Wake up and smell the roses! Our planet is being polluted by the minute, and we simply must do something about it. Here, you can look up to Collect-a-Can, a South African non-profit organisation dedicated to the recovery of all types of used metal cans. Collect-a-Can holds the world record for the most steel cans collected in one month, which is 2,656,284, weighing 82,929 kg (182,827 lb 2 oz). 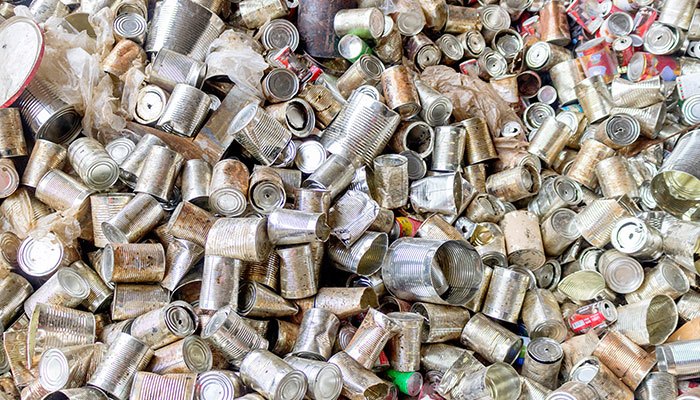 Collect-a-Can collected cans at schools across the country throughout the month of October 2010, and was also the previous holder of the same record. Bravo for Collect-a-Can!

Some might say that the whole point of teddy bears is to have something soft and cuddly to hug in the absence of a real friendly animal. That would come with certain requirements of size. However, Cheryl Moss from South Africa didn’t get the memo. She produced the smallest commercially available stitched teddy bear in the world in 2003, measuring only 9 mm (0.29 in). 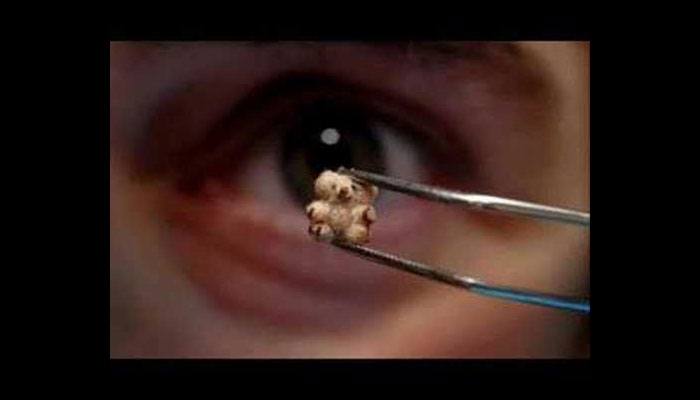 Cheryl’s 'Microbears' are sold in specialist teddy bear stores and can grow bigger up to as much as 13 mm. So, if you want a teddy of your own that requires the use of a magnifying glass, you know who to contact.