10 Examples of Female Power in the Wild

In all parts of the animal kingdom, and that includes our own species, homo sapiens, males more often dominate in the social heirarchy, often purely through body size and strength. (In the case of humans, hopefully that is changing!) However, male domination in a community of animals, also known as patriarchy, is not always the case. Female dominance (or matriarchy) is a social system in which females hold the primary positions of power. In the animal kingdom, several species can be considered to have a matriarchal social order.

In most (but not all) cases, female leadership is not premised on being bigger and stronger than males, but on other important issues such as providing food, allowing or prohibiting who gets to mate with whom, and who is allowed to procreate at all.

Nature is endlessly fascinating in the variety and behaviour of its animals, birds, fish, insects and other life forms. It is estimated that there are about 8.7 million species on earth! However, due to the needs of brevity, you’ll be happy to know we’ve limited our discussion to just 10 examples of female dominance in the natural world close to home, here in Africa.

Elephants are renowned for their intelligence and their well-structured social order, and are the ultimate matriarchal society in the animal kingdom. Each matriarchal herd is made up of mothers, daughters, sisters, aunts, and calves and juveniles of both sexes. Males have to fend for themselves once they are old enough to leave the herd, and travel alone or hang out in ‘bachelor pods’. 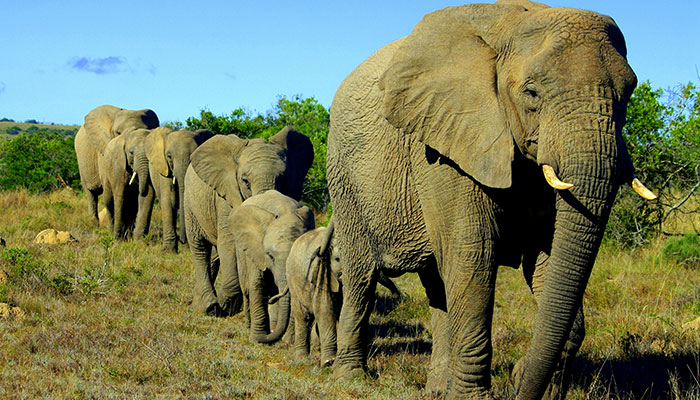 Guided by the oldest and largest female in the herd, they stick closely together, protecting each other, celebrating the birth of a calf or mourning the death of a member, as they travel large distances to find food and water.

Because of their tightly-knit social structures, elephants form close bonds with those in their immediate herd and family, especially giving females much greater security. Same-sex bonding is common in elephants. With females, this is the human equivalent of kissing, hugging and hand-holding – affectionate entwining of trunks, touching each other with trunks and ‘chatting’ amongst themselves.

Possibly the ugliest creatures on Earth (bless them), these small, practically hairless moles live their lives entirely underground. Clusters of 70–80 live in a complex of burrows that can measure up to 5 km under the dry grasslands of East Africa. These mole rats have been extensively studied and have some remarkable physiological traits that make them very long-lived (up to 32 years!) and immune to cancers, among other issues. 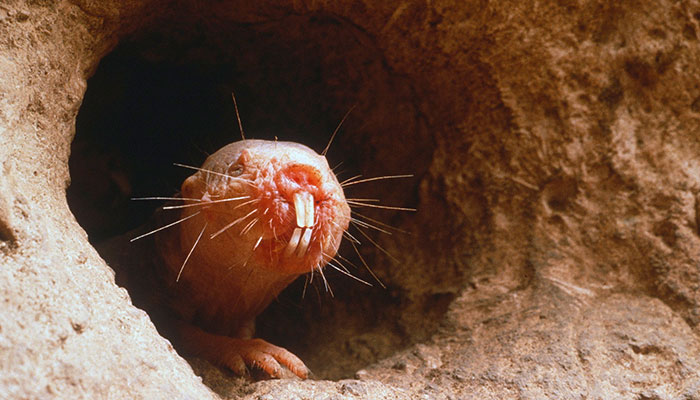 But back to the females… The naked mole-rat is the first mammal discovered to exhibit ‘eusociality’, considered the highest level of social organization of a community, where usually only one female (the ‘queen’) is allowed to breed, only a handful of males are chosen as mates, and her offspring are looked after by individuals from the non-reproductive group (both male and female) as well as serving her every need.

King Julien from the movie Madagascar singing “I like to move it move it” might remain in our memories, but like most movies they got it wrong (or were being ironic). Perhaps Queen Julia may have been more accurate, because lemurs also live in troops led by a matriarch. 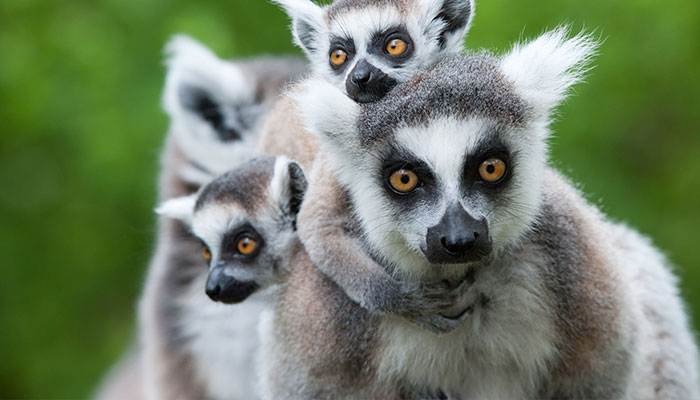 She will decide when the group will eat, sleep, and travel to other areas of their range. The right to rule is matrilinear, so all of the females are dominant to the male members of the group. Female lemurs are mostly larger than males in size, and the females choose their mating partners. When there are squabbles with other groups over territory or a particularly prized food source, the females lead the engagement in conflict. Sounds very much like mere role reversal!

In the beehive, the queen is basically the centre of the universe ­– the ultimate ruler of the hive. She is much larger than the other bees, and she lives far longer than them as well. Her sole function is to keep the hive going by mating with drones (not from her own colony, who of course die after the act) and laying eggs in the honeycomb structures that female workers make. The queen can lay unfertilised eggs (which become drones) and fertilised eggs which become worker bees. 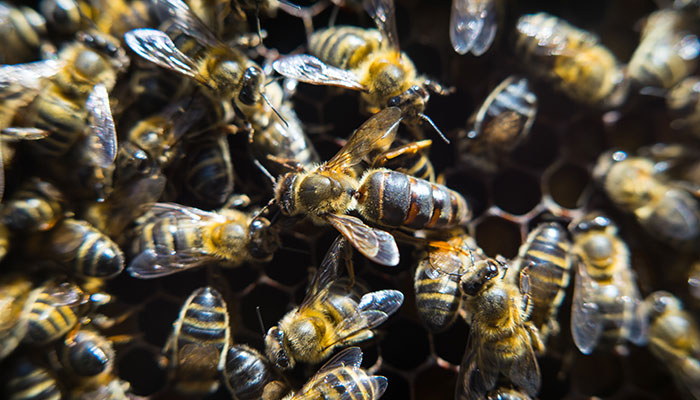 All the eggs are fed on royal jelly which is made by young workers, then on nectar and pollen. Only a few larvae are still exclusively fed on royal jelly and they become future queen bees. Bees are also a prime example of ‘eusociality’.

As majestic as they are, the ‘Kings of the Jungle’ should really bow down to the ‘Queens of the Jungle’ – the lionesses who control a matriarchal pride, consisting of a group of related adult females and juveniles and cubs of both sexes. On the outskirts of the pride are a number of males, often some who have fathered cubs in the pride, as well as a small number of males that are not related. 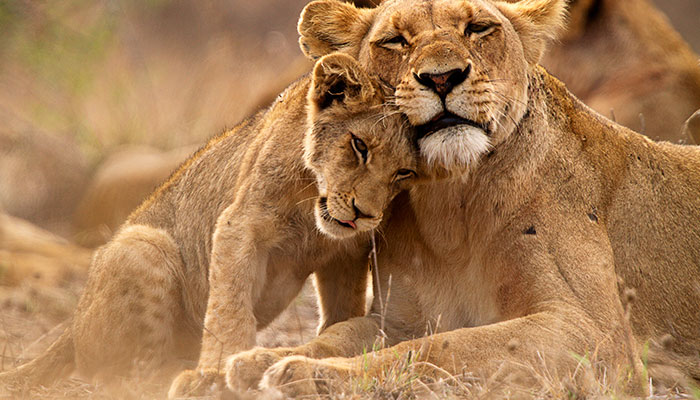 Prides can have anywhere from 15 to 40 members. Lionesses are the designated hunters working in a well-co-ordinated pack, while the males stay to watch over the pride. Once the females have successfully ‘shopped’ for their dinner, the male lions are the first to eat. Their rep for being lazy and entitled is not entirely deserved as male lions will sometimes hunt.

Meerkats live in the Kalahari Desert and are part of the mongoose family. They live in underground burrows in small groups made up of several families called mobs. 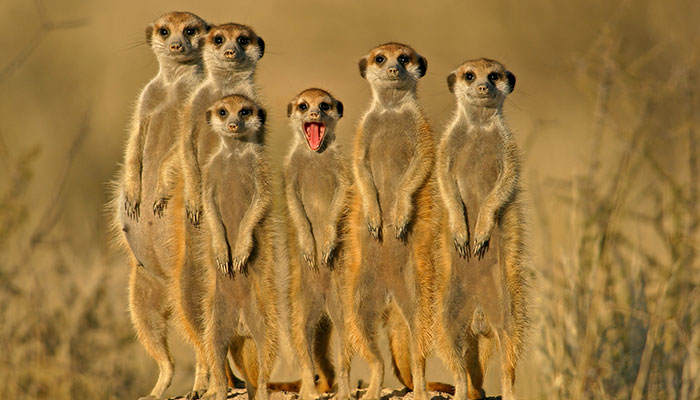 A dominant female (the matriarch) is the leader of every group, and she is tasked making decisions such as finding new burrows and handling arguments and issues with other mobs of meerkats. Besides occasionally standing guard like her male counterpart, the ‘queen’ spends a lot of time being pregnant. She alone produces up to 80% of the pups each year, ensuring her superior genes are passed along. The other females are not allowed to breed and must act as mere nursemaids to her offspring.

Spotted hyenas live in highly complex groups called clans, and females are the dominant ones in their social groups. The groups or clans of hyenas led by the females are quite large, often having up to 60 members. They are usually more aggressive and slightly larger than males. Fun fact: female hyenas have a ‘pseudopenis’ – which is actually a clitoris in the form of a long sheath of skin, which makes it impossible for a male to mate without the female being ready and willing. 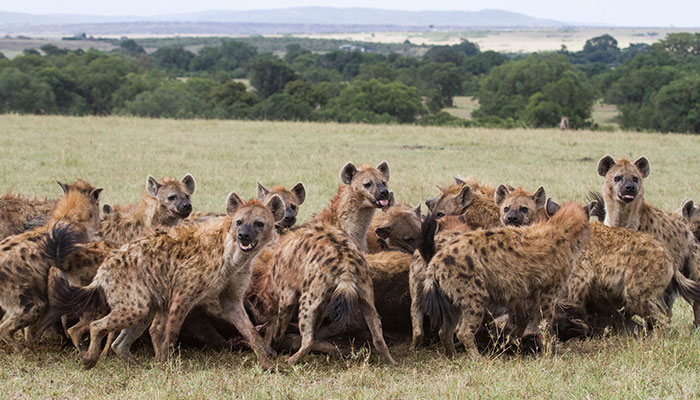 One of the reasons that the groups are so female-heavy is that post-puberty, male hyenas leave the group to find non-related groups to join and find a mate. Although clan members spend most of their time alone or in small groups they will come together as a group to hunt, for example. Contrary to the belief that hyenas are only scavengers, 50% of their diet is actually from fresh kill.

Bonobos look like a cross between a gorilla and a chimpanzee (but are slightly smaller than chimps) and are our closest living relatives DNA-wise. Bonobos live in forests in the Democratic Republic of Congo and are listed as endangered. While bonobo social life is classed as matriarchal, because every community is dominated by a female, some males can still obtain a high rank and act as partners to the alpha female, taking the initiative in coordinating the group’s movements, warning of dangers from predators, etc. 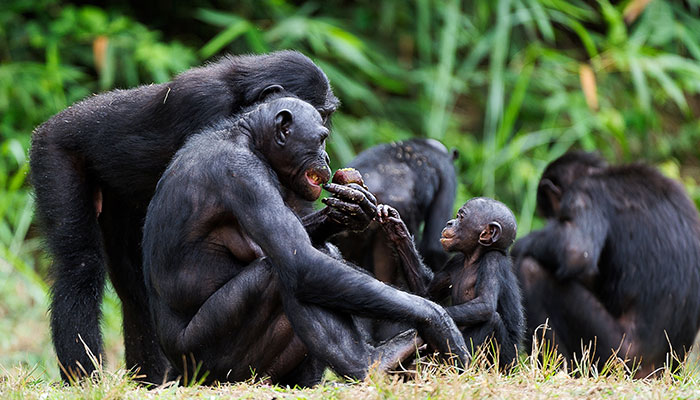 Even if there is a top male/female coalition, the hierarchy is still typically headed by an old, experienced matriarch ­– the ultimate decision-maker. (A kind of Super Granny if you like!) Female bonobos earn their place through experience, age, and ability to form alliances rather than through physical intimidation.

Bonobos are generally not aggressive, are not territorial, will share food with others, even strangers, and form friendships between the sexes, not only for the purpose of mating. Certainly there are occasional violent altercations, but generally bonobos resolve issues more peaceably through sexual and friendship behaviour, including bisexual sex. Bonobo motto: ‘Make love, not war.’

Also known as killer whales, orcas live in matriarchal groups. The offspring, both male and female, stay in the group with their mother for life, even after producing their own young. Like many species, and for good reason, incest is taboo so individuals mate outside of their matriarchal group. Killer whales travel together in multi-family units, each unit known as a matriline. 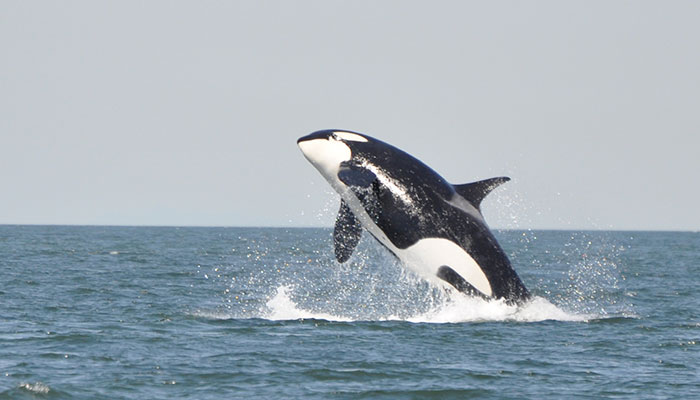 Fun fact: Orcas are one of the very few species who experience menopause. This extends the life of a female orca who can live up to 90 years, 40 years after childbearing age – as opposed to the average lifespan of a male of 50 years. Researchers think that this may be because infertile older females don’t compete for resources with their child-bearing daughters, and instead use their experience and knowledge to source and catch food, offer childminding services, etc., thus actually giving their grandkids/grandorcas more of a chance to survive and thrive.

Taking a bit of a different angle on female power with this one, which doesn’t really fall in the category of ‘matriarchal’. Rather, sexual cannibalism by the female mantis could be classed as ‘matricide’ (murdering one’s own husband). It is assumed that male mantises therefore approach sex with some caution and apprehension… 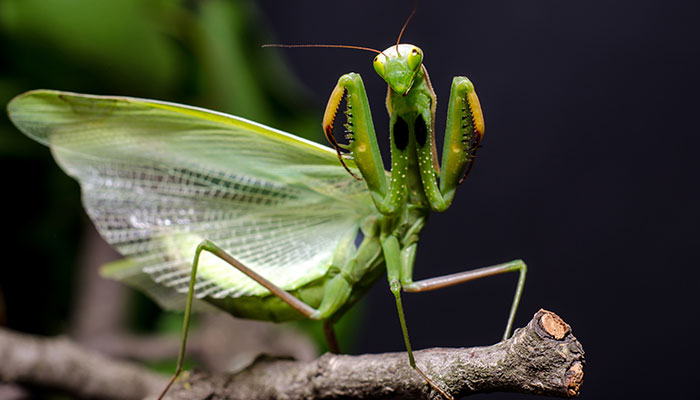 However, it is not true that all species of female mantis end up eating their mates after sex; for example, with Springbok Mantises the males fight back, by initiating some serious pre-coital wrestling and even injuring the females in the process in an attempt to mate but not get eaten. Occasionally they are successful, others, hmm … not so lucky.

Of course, the primal drive of all living things is to procreate and pass on your genes. In the case of the Chinese Mantis, allowing the female to eat them post-sex actually contributes to her ability to pass on his genes, as his body (and any other males the female mates with and eats) offers a great source of nutrition and hugely increases her egg production. Not so sure in Mr Mantis actually cares.