South Africa is country with a rich history dating back to the age of dinosaurs and later to the evolution of homo sapiens. We also boast an incredibly diverse natural heritage, from mighty rivers to endless stretches of pristine beaches all along our 2,800 km coastline, from spectacular mountain ranges to forests and deserts. Each of its nine provinces has many sites of historical and natural interest; moreover, eight of these have also been designated as World Heritage Sites. So let’s take a quick trip around all nine provinces and take a look at what they offer…

Limpopo borders Botswana, Zimbabwe and Mozambique. It's known for its wildlife reserves, including a large part of Kruger National Park. West of the Kruger are the Blouberg mountains and Makgabeng Plateau with close to 1000 ancient rock art sites, attributed to San hunter-gatherers, Khoekhoen pastoralists and Northern Sotho farmers. 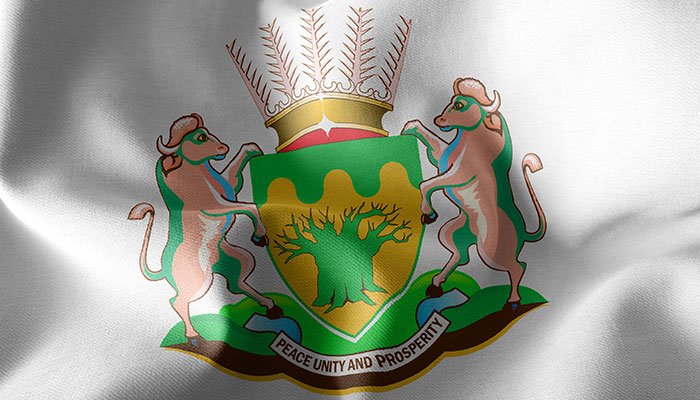 The Arend Dieperink Museum in Makopane (Potgietersrus) has a valuable cultural and historical collection of Sotho and Voortrekker artifacts. The museum showcases the history of the region from early humankind to the Anglo-Boer War and more recent times, including some of the astounding archaeological finds from the Makapan’s Cave, which has yielded thousands of fossil bones, including those of the early hominid Australopithecus africanus, dating back three million years.

Another important World Heritage Site in Limpopo is Mapungubwe, an Iron Age kingdom located just below the Limpopo River, which flourished between the 11th and 13th century and is possibly southern Africa's first state. Mapungubwe prospered due to the area’s suitability for cattle raising and its access to copper and ivory, bartered in long-distance trade bringing gold and other goods to the elite in this settlement. Artifacts made from gold were found in some graves, most notably the famous golden rhino, demonstrating that the people were sophisticated and artistically adept.

North West province borders Botswana and Gauteng to the east.  The province is home to Sun City, an upscale resort complex with hotels, casino, a water park and a golf course.

Nearby, at the far north border is acclaimed Pilanesberg National Park, which lies in a volcano crater that erupted 1300 million years ago. This easily accessible game reserve has, since 1979, introduced extra game; it now has over 7000 animals (including the Big Five) and 360 bird species. 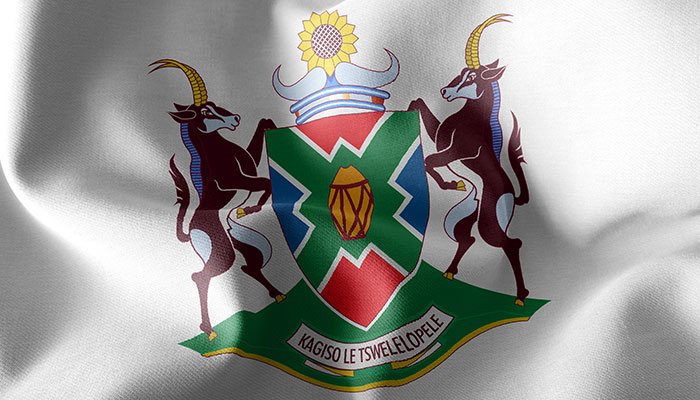 The Lesedi Cultural Village is located near Broederstroom and features five traditional dwellings, each representing an indigenous culture: Pedi, Zulu, Xhosa, Basotho and Ndebele. Each home has a family who lives there permanently, looking after cows and chickens (and tourists!); the latter are invited to take tours through the homes to learn about how each culture differs.

To the south of the North West province lies the Taung Heritage Site, where the skull of a child belonging to an early hominid, Australopithecus africanus (meaning the "southern ape of Africa"), was discovered in a quarry in 1924. It is believed that the Taung Skull is 2.5 million years old, and controversially proved the existence of early man in Africa more than a million years earlier than originally thought.

Mpumalanga (Zulu name for "the place where the sun rises") borders eSwatini and Mozambique and includes the southern part of the Kruger National Park. The province's iconic Blyde River Canyon is one the world’s largest, plunging 900m down into a ravine covered in lush forest.  God's Window is a small part of a 250km long formation of sheer cliffs and is so called for the panoramic views of the Lowveld, over 700 meters below. 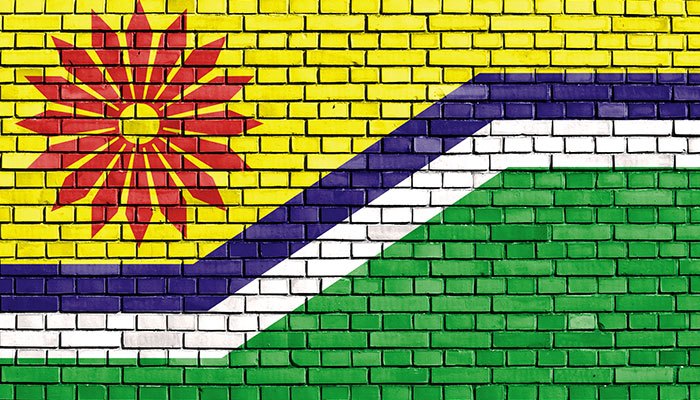 Another amazing phenomenon is Bourke's Luck Potholes, where eons of swirling water has eroded the steep rocky sides of the confluence of the Blyde and Treur rivers, forming towering cylindrical hollows.

The little town of Pilgrim’s Rest is another heritage site that dates back to the 1800s, where the second Transvaal gold rush occurred.  The entire town has been designated a museum, and the original architecture and artifacts have been retained.

18kms outside Sabie is a memorial to the world’s most famous Staffy, Jock of the Bushveld, consisting of a simple medallion inset into a stone column. A bronze statue of the famous pooch confronting a kudu is located near Pretoriuskop in the Kruger Park.

Gauteng means "place of gold" in seSotho, but as the gold rush is long past, visitors are mostly drawn to its urban attractions, including museums and monuments commemorating South Africa’s dark past, including the Apartheid Museum, Hector Pietersen Memorial Museum and Mandela House Museum. Important buildings in Gauteng include the Union Buildings in Pretoria, the Constitutional Court and Johannesburg Stock Exchange. 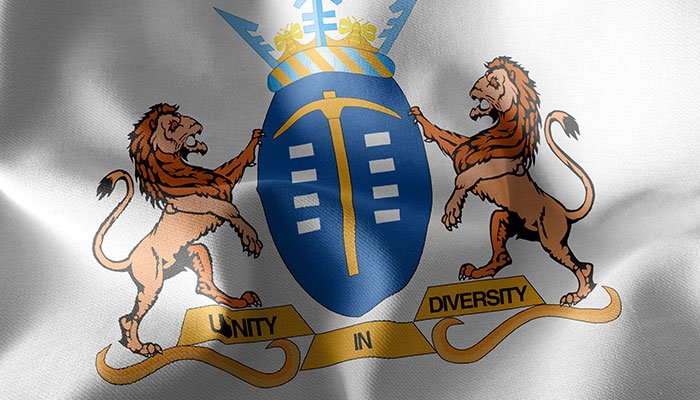 Maropeng, which means ‘returning to the place of origin’ in Setswana, is the official visitor centre for the Cradle of Humankind, and acts as the gateway to this UNESCO World Heritage Site. The region is so because some of the earliest ancestors of modern humans were born there. The oldest evidence dates back three million years or more.

An important part of the Cradle of Humankind is the network of caves at Sterkfontein. Numerous early hominid fossilss have been found at the site over the last few decades. These have been classified as Australopithecus, Paranthropus, and fossils of the Homo genus. Mrs Ples and Little Foot are two famous fossils discovered there. 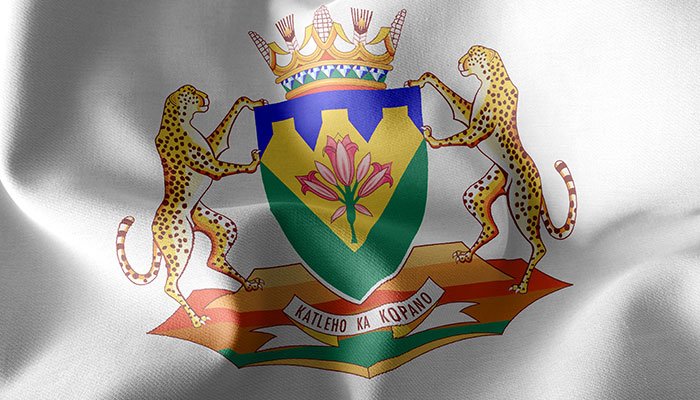 The Golden Gate Highlands National Park, located near the Lesotho border, is famous for its spectacular eroded sandstone cliffs and outcrops, in layered hues of gold, ochre, and orange. Most famous is the Brandwag Buttress, a huge monolith rising out of rolling green hills.

The Free State also boasts a World Heritage Site ­– the Vredefort Dome, part of a meteorite impact structure which occurred over 2 billion years ago. It is the second oldest impact site found on earth, and up to 300 km wide, it is also the largest. While the crater has long since eroded away, the structures that remain consist of a partial ring of hills 70 km in diameter, and are the remains of a dome created by the rebound of rock below the impact site after the collision. Similar formations can be seen on the Moon and on one of Jupiter’s moons. With the estimated size of the asteroid being 10-15 km in diameter, and it is nearly twice as big as the impact that killed the dinosaurs 65 million years ago. 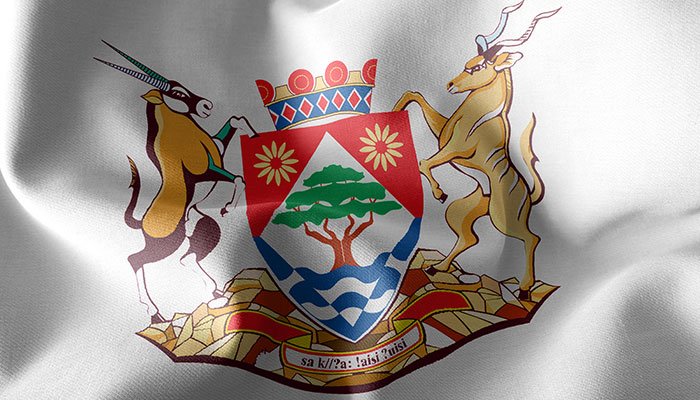 Kimberley is the  provincial capital, and its Big Hole, created during the diamond rush some 150 years ago, is a huge tourist attraction. At 200m deep and 463m wide, it lays claim to being the world’s largest and deepest manmade hole using only hand tools.

The province is also home to a UNESCO World Heritage Site, the 160,000 ha Richtersveld Cultural and Botanical Landscape. Situated in the north-west, The Richtersveld is an isolated and sparsely populated mountainous desert, which sustains the semi-nomadic pastoral life of the Nama people, that may have not have changed much over two millennia. The pastoralists collect medicinal and other plants and have a strong oral tradition around different places and landscapes.

The area has a turbulent history of fighting for ownership of the land between European colonists and tribal inhabitants, named the Frontier Wars, which lasted from 1779 to 1878. However, the province is most famous as the home of former South African president and Nobel Prize winner, Nelson Mandela. The Nelson Mandela Museum is located in Qunu, his birthplace. Visitors can take a guided tour of the museum and heritage trail that follows in Mandela’s footsteps. 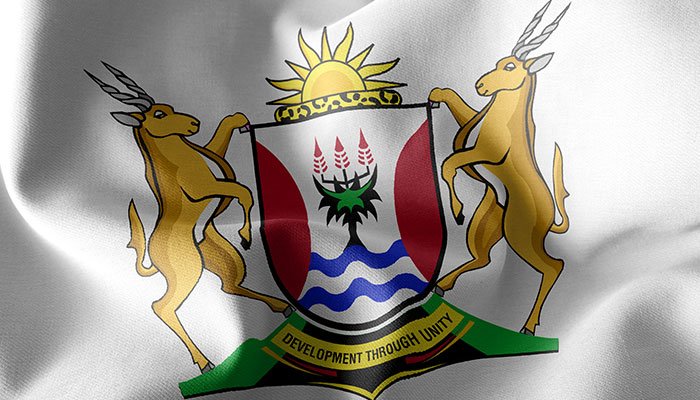 The Eastern Cape has spectacular scenery and rugged geographical formations. It has remarkable engineering feats in some of its massive suspension bridges such as those spanning the Storms River and the Bloukrans Bridge, where those brave enough can bungee jump off.

The province is also home to a dinosaur ‘graveyard’ initially discovered by a shepherd who was visiting his family burial place in Qhemega. Hundreds of fossils with at least 12 different herbivorous dinosaur species have been identified so far and palaeontologists believe they have only scratched the surface. South Africa’s very own ‘Jurassic Park’ is the largest dinosaur graveyard in the world and may become South Africa’s ninth UNESCO World Heritage Site.

The Western Cape centres around its main city of Cape Town, set beneath Table Mountain, part of a national park of the same name. Lying 13 km offshore in Table Bay, Robben Island’s notorious prison once held Nelson Mandela and other famous political prisoners, and is now a living museum. It is also one of the UNESCO World Heritage Sites. 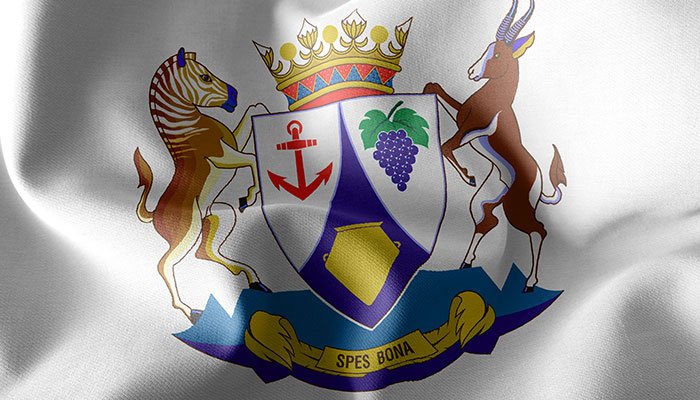 Another World Heritage Site is the Cape Floral Kingdom or Cape Floristic region. It is the only one in this category that is contained within a country’s borders and is the smallest of its kind.It features the highest non-tropical concentration of plant species in the world ­– 9,000 species crammed into the small area, and over 6,200 species are found nowhere else in the world.

As Cape Town and surrounds  were the first to be settled by Europeans, it has a long history of colonialism, with many examples of early Dutch architecture to be found around Cape Town, Stellenbosch and other towns. The wine industry was also established here and many historic and new wine farms abound in the Cape Winelands.

KZN occupies the east coast of SA and is the second most populous province after Gauteng. It is the only province to contain and support a monarchy ­– the Kingdom of Zululand. It borders Mozambique, eSwatini and Lesotho. Two areas in KZN have been declared UNESCO World Heritage Sites: the iSimangaliso Wetland Park and the uKhahlamba Drakensberg Park. 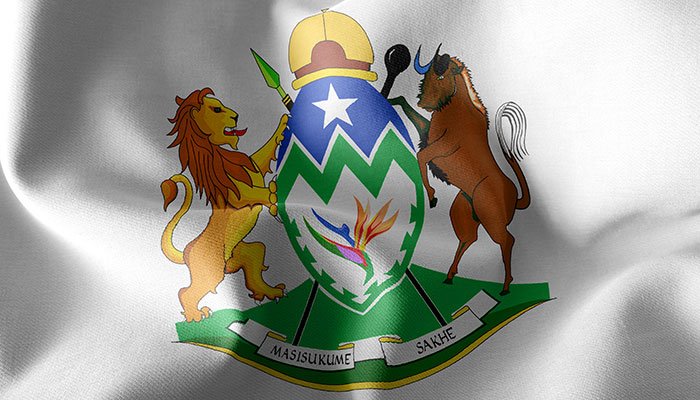 iSimangaliso Wetland Park’s protected estuary and coastal forest reserve has eight interlinking ecosystems that offer Big Five sightings, whale and shark experiences and more than 500 bird species. The park is Africa’s largest estuary, and is home to about 1,200 Nile Crocodiles and almost 800 hippopotamuses, with some of the latter to be found roaming the streets of St Lucia at night.

The uKhahlamba Drakensberg Park acquired its UNESCO status for “its exceptional natural beauty in its soaring basaltic buttresses, incisive dramatic cutbacks, and golden sandstone ramparts” as well as containing “many caves and rock shelters with the largest and most concentrated group of paintings in Africa south of the Sahara.”