Ten inventions that never took off

There is no doubt that humans are incredibly creative and resourceful in solving problems and coming up with inventions to save lives, make life more convenient and get us moving into the future.

It would take days to list all the inventions that have made enormous or even small but significant differences to our daily lives ­­– from flushing toilets, cell phones and bicycles to the Kreepy Krauly (a proudly South African invention). Arguably, the top 10 inventions that really changed the world are: the compass, the printing press, the internal combustion engine, the telephone, the light bulb, penicillin, contraceptives and – undoubtedly – the Internet.

But we’re not here to discuss these game-changing, universally adopted super-inventions; instead we’re going to have a look at the also-rans ­– the kooky, somewhat ridiculous, often over-ambitious ideas that someone thought would absolutely be the next best thing. But sadly, managed to miss by a mile. 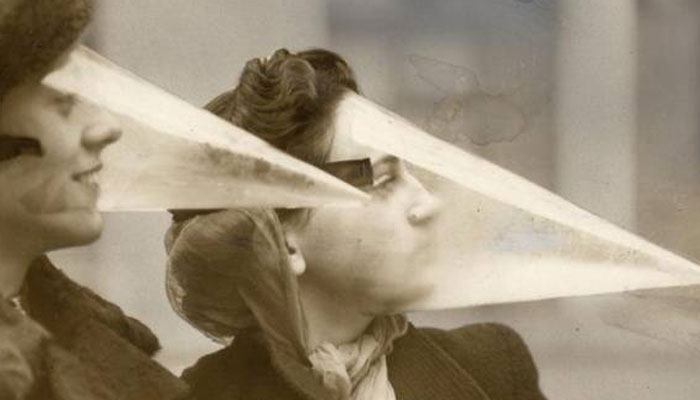 If you were around in 1939 in Montreal, and needed to make your way through a snowstorm on foot, you could don your Blizzard Cone – a long, pointy, beak-like clear plastic mask that would make you look like a Spy vs Spy character from Mad Magazine. And purportedly, protect you from the snow blast, at least your face. Strangely, since then, people all over the world who live in cold winter climates have perfectly managed to negotiate their way through harsh winters without resorting to the use of a this weird invention. 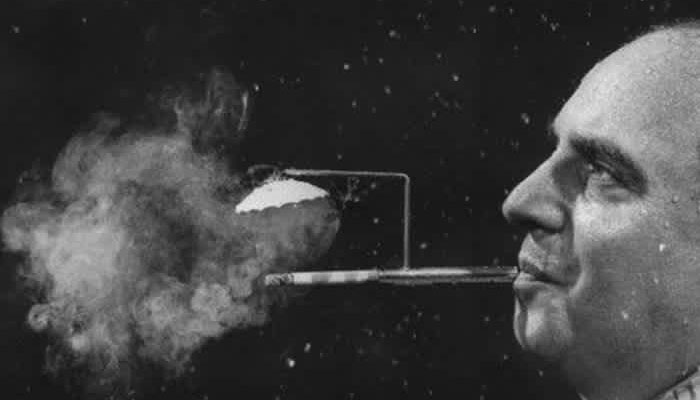 Another weather-related invention, this involves a cigarette holder that has a small umbrella attached to it that shelters your cigarette from getting wet in the rain. Never mind the smoker getting soaked, this is all about the smoke!  Strangly enough this ingenious invention didn’t take off and was relegated to the scrapheap of history shortly after it hit the market.

This invention, half boat, half car, was produced in the early 60s, a time of huge innovation and when The American Dream was alive and well and thriving. You could drive your amphibious car straight into a body of water and enjoy a pleasure cruise on a lake and then drive up the slipway and hit the road. Firstly, not everyone had access to a lake, and one can only surmise the problems with an engine immersed in water a lot of the time. History tells us that the general population preferred owning a boat AND a car, rather than this weird hybrid. We will wait and see whether another hybrid ­– the much touted flying car (there are many current prototypes) ­­– will take off, literally. 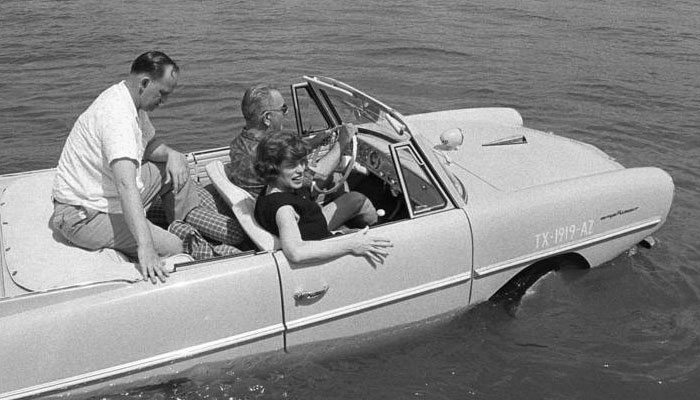 Pictured: President Lyndon B. Johnson enjoyed practical jokes and would drive guests around his ranch in his Amphicar and then pretend that the brakes had failed as it sped into the lake on his property. 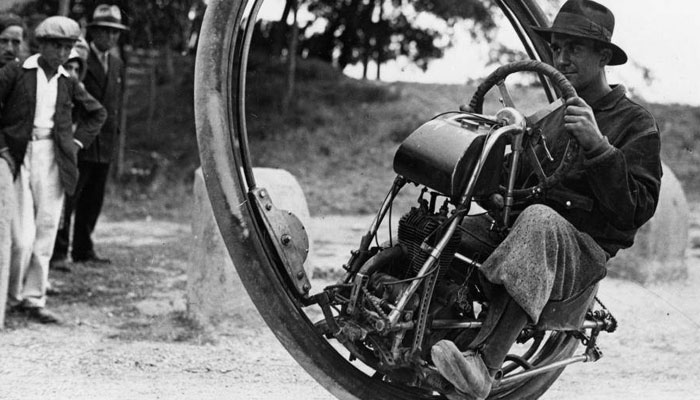 Invented in 1930 by a Swiss engineer named Mr Geddes, the Motorwheel, or Monowheel as it is currently called, is a motorcycle with a single giant wheel which runs on a rail placed inside a solid rubber tire. This impractical contraption never made it to the market as it was (and still is) difficult to ride, requiring much more skill than riding a two-wheeled motorcycle. There is a very small niche market for these today, although monowheels are generally built and used for fun and entertainment purposes only, but they were originally proposed for use as serious transportation. Certain current monowheels are actually street legal in the US, but not elsewhere. Generally unstable, with riders needing to use shoe leather to maintain balance, someone aptly referred to these machines as “one-wheel widowmakers”. 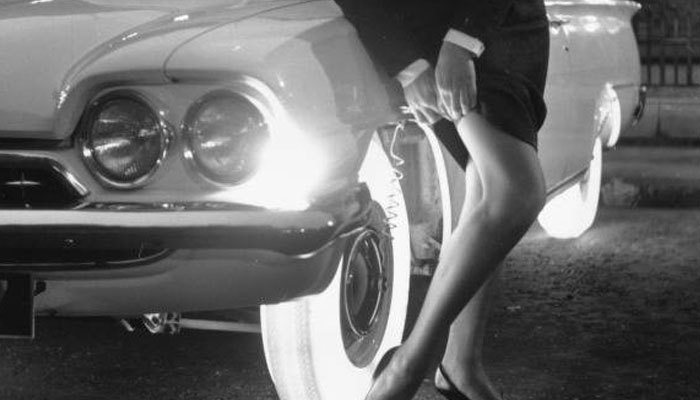 “Goodyear’s Illuminated Tyres Promised a Whole New Frontier in Car Fashion” said one headline. But ended up not being anything of the kind. The company developed a synthetic rubber called Neothane which was semi-translucent and could be dyed in a range of bright colours and brightly lit by lightbulbs attached to the wheel rims. They produced the first prototypes in 1961 to be tested on the road. The tyres proved to be a bit dodgy, with the synthetic rubber not performing well on wet roads as well as melting during hard braking. Also, other drivers were reported to run red lights so transfixed were they by this new-fangled fashion or just stopped dead, further adding to the tyres’ danger. Goodyear spent another 10 years trying to improve the tyre’s performance, but eventually had to call it a day. 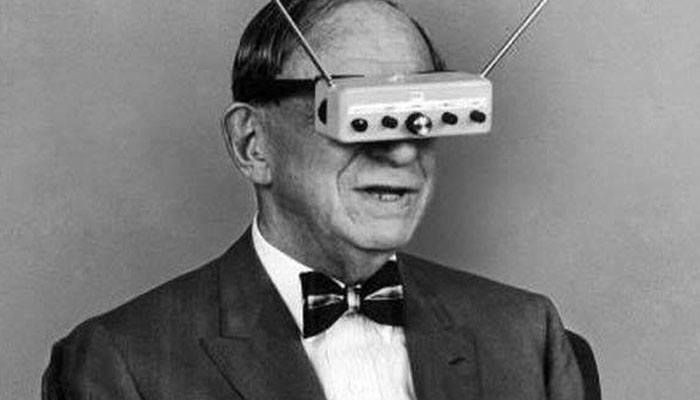 Inventor Hugo Gernsback was a remarkable man who had quite a few inventions to his name, plus he coined the term ‘science fiction’ as the editor of the first magazine devoted to this genre. He had the idea for a handy (or is that ‘heady’?) portable TV in 1939, but dismissed it as impractical. Come 1963, he thought this was now the time to introduce this invention. The ‘teleyeglasses’ had a separate screen for each eye and could display stereoscopic images much like today’s 3-D virtual reality glasses. Sadly, this invention didn’t take off, presumably because people didn’t see a need for their own private TV glued to their faces. However, it was merely 50 years ahead of its time. With the popularity of video games and other video-related activities, virtual reality headsets are now a big thing. 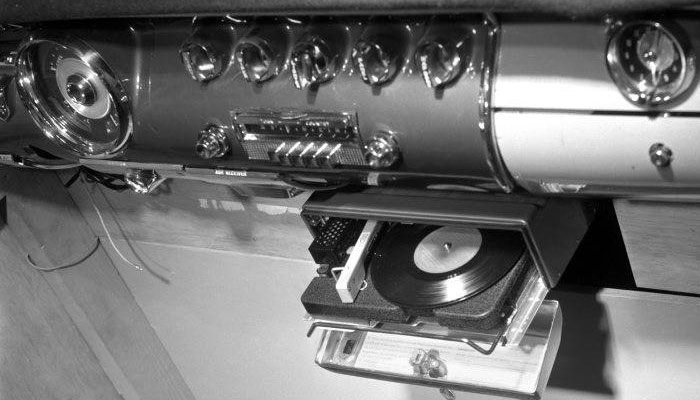 The "Highway Hi-Fi" was a built-in under-dash record player designed for 1956 Chrysler automobiles. The turntable for playing records was located in a shock-proof case mounted just below the the instrument panel. A tone arm, sapphire stylus and ceramic pick up, plus storage space for six long-play records made up the unit. The stylus was used with an unusually high pressure to prevent skipping or skating despite normal car vibrations. This invention was short-lived, being prone to malfunctioning and damage to the records caused by the high pressure of the stylus actually wearing down the grooves. 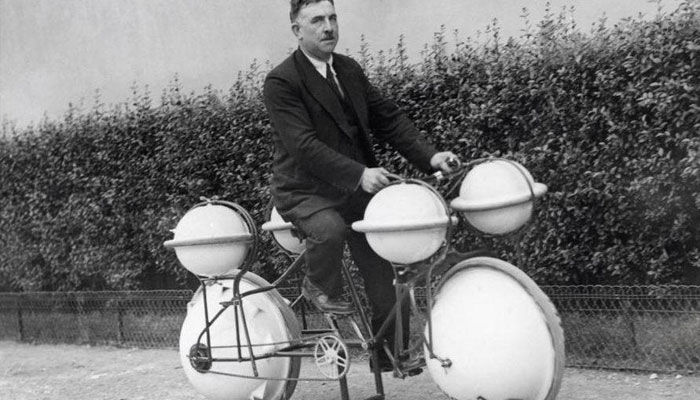 The Cyclomer, an amphibious bicycle that never caught on, was launched in Paris in 1932. It had large hollow ‘buoys’ inside the tyre rims and smaller side floats at the front and back. It failed because it didn’t work very well, either on land or water. One assumes that the Cyclomer was intended for leisure, whereas much later an amphibious bicycle design did actually take off, at least locally. ‘Necessity is the mother of invention’ rings true for Mohammed Saidullah grew up in a small Indian village prone to floods, when people had to take a boat to cross the river to get supplies. After a big flood in 1975, Mr Saidullah surmised that a bicycle which worked in water and on land would save a lot of money and time waiting for a boat ride. It took him 3 days to adapt his bicycle, using floats and blades on the wheels to move in the water like a paddle wheel. He was awarded an innovation prize by his country in 2005 for this useful invention. 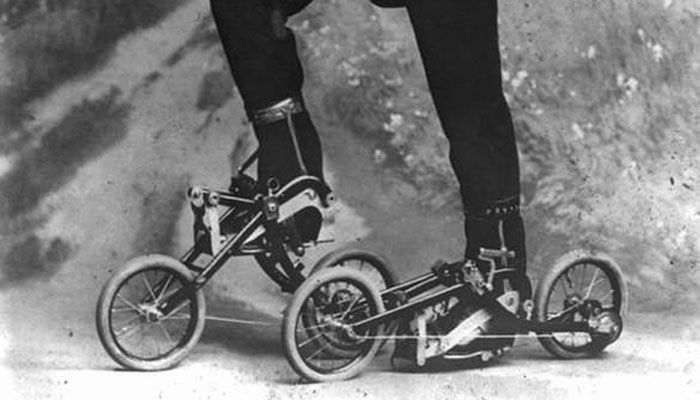 Ice skates have been in existence since 1000 BC, with the blade part made of animal bone, and skating as a pastime was popular by the Middle Ages. However, it took rather longer for the concept of skating on a non-ice surface to be considered. The first rollerskates from 1910 took their cue from the bicycle, and basically you had a small bicycle on each foot and a kind of pedalling movement propelled you forwad on your tiny bicycles. Overly complicated and rather silly-looking, roller skates would have to wait a while longer to develop into recognisable and simpler forms. 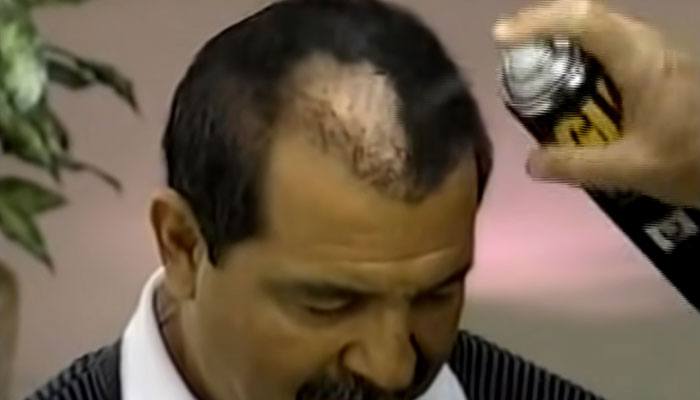 For those gentlemen who might have felt self-conscious about their thinning hair or bald spots, spray-on hair came to the rescue with a number of companies offering this amazing new defence against male-pattern baldness. However, did it really work or look real? No, it didn’t. This aerosol just sprayed hair dye onto your bald patches, possibly making the problem ten times worse and looking so much more obvious.