The Lion King live-action remake release inspired us to look at the more-than-a-decade-long fascination for the story of Simba, a lion who looks forward to one day becoming king of the Pride Lands, succeeding his father, the mighty Mufasa. The 1994 animated classic won the hearts of a worldwide audience, and many to this day think of it as the perfect Disney film. The soundtrack, the animations, the story and the characters made Lion King one of the most loved animated musicals in the history of film. Which African animals participate in this breathtaking story and what do we know about the franchise so far – keep reading below. 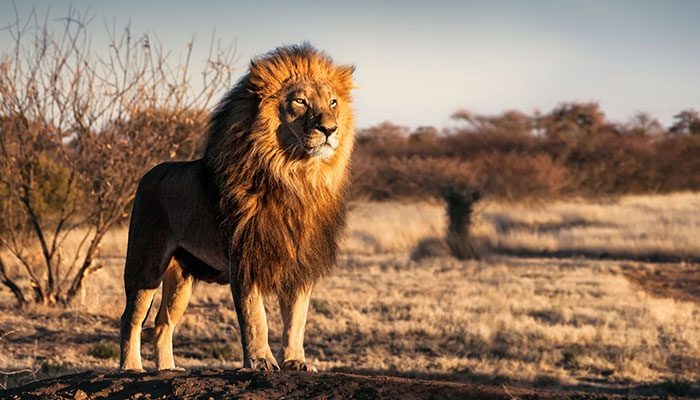 Reportedly inspired by the lives of Joseph and Moses, from the Christian Bible, and William Shakespeare's Hamlet, Lion King brings us a story of power, intrigue, identity, good and evil told from a perspective of lions and other animals that live in an imaginary lion kingdom in Africa’s Pride Lands. Simba is the main character, a young lion that appears to be smug and proud as a cub, but later grows into a righteous king and a rightful heir of his father, the wise Mufasa. We also get to meet Sarabi, Mufasa's mate and Simba's mother and Nala, Simba's best friend and later his mate and Queen of the Pride Lands. Sarafina, Nala's mother, is briefly shown. Scar, Mufasa's younger brother and Simba's uncle is the main antagonist. He’s got ambitions to take the throne and sees both Mufasa and Simba as the main obstacles in making his vile plan a reality.

Lions are large, magnificent cats which normally inhabit grasslands and savannahs. They are social animals and form groups called prides. Male lions have a prominent mane, arguably the most recognisable feature of the species (aside from the tuft at the end of the tail), and they are bigger than females. A lion pride usually includes merely a few adult males, the rest are females and cubs. Today, lion populations in Africa are in need of conservation. Lion Conservation Strategies for many African areas were developed in 2005. Lions can be spotted at Phinda Private Game Reserve, Kruger National Park, Kgalagadi Transfrontier Park and in KwaZulu-Natal Parks like Hluhluwe - Imfolozi in South Africa. 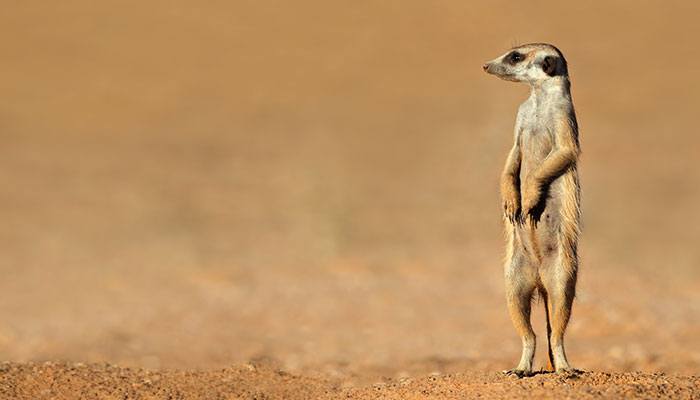 Timon is one of Simba’s best friends. Being a meerkat, he thought having an outcast lion like Simba around would be like having a bodyguard. In time, Timon grew to look at Simba as his own son. He is one of the major characters in the original film and the following releases in the franchise. Timon is a wisecracking small mongoose-like animal that lives an easygoing lifestyle under the philosophy “Hakuna Matata” which basically means to slack and relax and enjoy life with no worries. Although sometimes he can be self-absorbing, Timon is loyal to Pumbaa, his initial companion, and Simba.

Meerkats are indeed interesting animals – they are hard workers and live in clans of 20+ individuals. Since Timon is not that big of a worker (more a daydreamer), he is an outcast of his colony. The Southern African meerkat is native to South Africa. One of their current habitats is the Tswalu Kalahari Reserve. 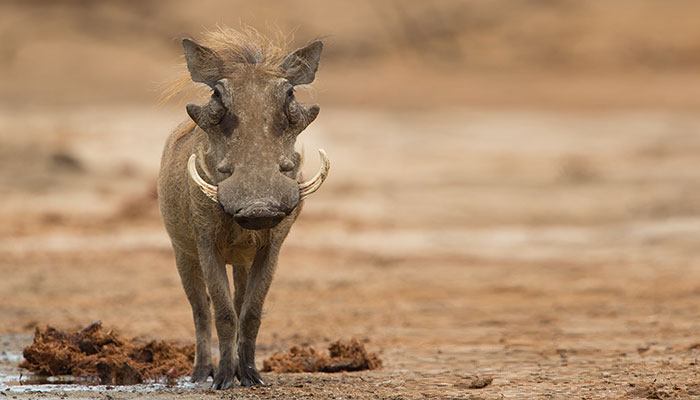 Always seen alongside Timon, Pumbaa is a warthog with an open spirit. He is loving and perhaps even naïve at times with gluttonous habits. While Timon is the ‘brain of the outfit’, Pumbaa provides comic relief by being childlike and an overall happy-go-lucky character. He is an obese brownish-red warthog, but he does not like being called a pig – people call him Mr Pig.  As he takes upon the role of Simba's guardian, he eventually becomes a resident of Pride Rock and sees Simba climbing the throne.

In real life, Pumbaa would belong to the family of the common warthog that inhabits grassland, savannah, and woodland terrains in sub-Saharan Africa. Common warthogs live in groups called sounders and males use their notable tusks to mark or courtship, for antagonistic behaviours, and to establish status. 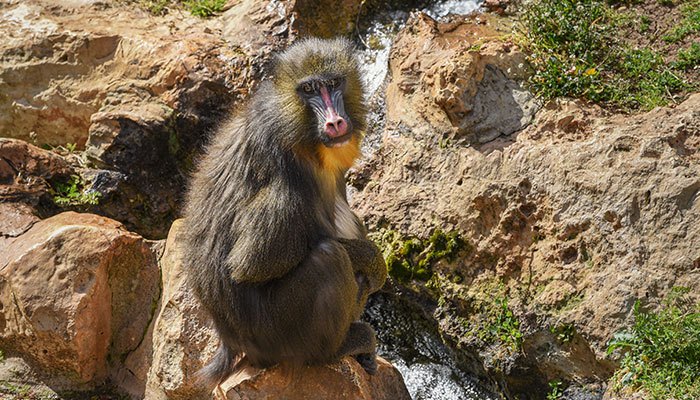 Rafiki is an old mandrill in the supporting role in The Lion King franchise. He serves as Royal Mjuzi of the Pride Lands, somewhat of a prophet, shaman and a seer. His eccentricity is seen by some as lunacy, but no one can deny that Rafiki maintains a deep connection with magical and spiritual elements around him. Timon often calls him ‘the monkey’, but he is much more than just that. Rafiki’s main characteristics are wisdom, loyalty, wittiness, being cryptic and kind-hearted. In moments when he needs guidance, Simba finds help in Rafiki’s words and deeds. Through Rafiki’s teachings, both Simba and the audience find out the importance of the balance of the Circle of Life.

Interestingly, mandrills are not typical of South Africa. They mostly inhabit southern Cameroon, Gabon, Equatorial Guinea, and Congo, as they love tropical forests. Unfortunately, the mandrill is classified as vulnerable by IUCN. Hopefully, the conservational status of this species will improve in the future, as this is the world's largest monkey. 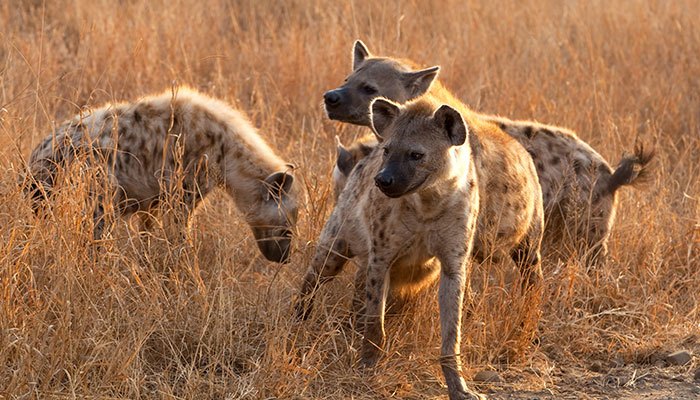 The Hyena Clan is the group of supporting antagonists in the Lion King story. They follow Scar and work for his benefit, hurting Simba, because they dream of being able to hunt in the Pride Lands and pleasing their master. In front of the hyena community shown in the original film is a trio of spotted hyenas, named Shenzi, Banzai, and Ed. Shenzi is the Matriarch of the Clan, maintaining her authority over her loyal subjects. She is cunning and has a sense of leadership. Banzai is impulsive and aggressive. His short temper does not flatter him, nor does his greediness. Ed communicates through laughter and often comes across as the idiot of the three, although the others don’t treat him like one. Banzai and Ed seem often scuffle, but they understand each other perfectly and have been known each other for a long time. In the original film’s climax, the hyenas turn against Scar and kill him, punishing him of abusing them. In the aftermath, they abandon the Pride Lands.

Zoologically, hyenas are a unique species, closer to felines but behaviorally and morphologically also similar to canines. Spotted hyenas are killers, hunting giraffe, impala, wildebeest, springbok, cape buffalo and zebra among other prey. They are found in multiple reserves in South Africa. 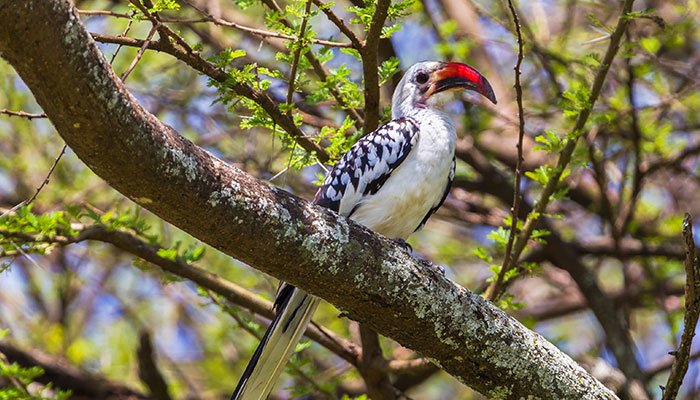 King Mufasa's majordomo, the uptight red-billed hornbill Zazu, is one of the supporting characters in Lion King. Small and fragile-tempered, Zazu is rarely taken seriously even though he is charged with an important mission of keeping the order within the Pride Lands. Zazu saves Nala and Simba from the jaws of the hyenas by informing Mufasa of this great danger. After all, he fulfils the role of being the king’s ‘eyes and ears’. Simba refers to his father’s confidant as (Mr.) Banana Beak, which is hilarious.

The red-billed hornbill is normally found in the savannas and woodlands of sub-Saharan Africa. However, the species depicted in Lion King is the Tanzanian red-billed hornbill, found in central Tanzania. They are small, conspicuous birds that you can see in the Serengeti National Park, for example.

The Success of the Original Lion King Movie

The Lion King was released in 1994, as the 32nd Disney animated feature film. The songs for the film were written by composer Elton John and lyricist Tim Rice, and the soundtrack also included a score by Hans Zimmer. The cast was also top-class, with actors such as Matthew Broderick, James Earl Jones, Jeremy Irons, Nathan Lane, Rowan Atkinson, Whoopi Goldberg, Cheech Marin and Jim Cummings voicing the now instantly recognisable characters. Interestingly, the development of The Lion King coincided with that of Pocahontas, and most of the animators were more dedicated to the latter thinking it would be more successful of the two. The Lion King finished its theatrical run as the highest-grossing release of 1994 and the second-highest-grossing film of all time. The movie received two Academy Awards for its achievement in music and a Golden Globe for Best Motion Picture – Musical or Comedy. Currently, the original Lion King stands as the tenth highest-grossing animated film of all time worldwide.

Following the immense success of the original animated film, after releasing a ton of series and straight-to-video sequels, Walt Disney Pictures produced a photorealistic computer-animated remake directed by Jon Favreau of Iron Man fame, and written by Jeff Nathanson. The film stars the voices of Donald Glover, Seth Rogen, Chiwetel Ejiofor and Beyoncé, among others, as well as James Earl Jones reprising his role of Mufasa. In just over two weeks, the remake grossed $1 billion worldwide, but the reviews are mixed. The movie is referred to as ‘live-action’ when, in fact, it features incredibly realistic CGI characters. The audience is swept away by the lifelike sequences, but the reviewers point out that the film falls back in the moments when the animals' facial expressions need to convey the same pain, joy or fear that is felt in the voices. It remains to be seen if the Lion King's live-action rendition will stand the test of time in the same way the original does.

The Success of the Lion King Musical

As it often happens with popular stories that have touched so many people, Lion King got its Broadway show. The musical debuted in 1997, and it is based on the original animated film, using music by Elton John and lyrics by Tim Rice, along with the musical score composed by Hans Zimmer and the addition of choral arrangements by Lebo M. The director is Julie Taymor. She made the decision to change Rafiki’s gender into a female character. The majority of the animals in the production are actors in costume using extra tools to move their outfits when needed. Some walk on stilts, while others carry elaborate mechanical headpieces; some are life-sized puppets. The two-act production is Broadway's third longest-running show in history and has grossed more than $1 billion thus far, which makes it the highest-grossing Broadway show of all time. The musical has won six Tony Awards and, over the years, over 100 million people worldwide have seen it on tours in North America, Mexico, South America, Europe, Africa, Asia and Australia. Fun Fact: Disney on Broadway's Twitter page jokingly announced in 2018 that The Lion King musical would be touring Antarctica in 2019 (since it is the only continent left unvisited).

One way to continue with the movie’s presence beyond the big screen is through merchandise. The Mouse House allowed companies such as Burger King, Nestle and Kodak to purchase promotional and licensing tie-ins upon the original movie’s release and this earned approximately $1 billion for Disney in 1994. Clothes, candy, toys, games, sleeping bags, toothbrushes, sheets, lunch boxes, stuffed animals and chocolate bars moulded in movie-scene shapes made the Lion King one of the biggest movie merchandising successes of all time. As for the recent remake, the bargain high street store Primark has launched a 50-piece collection inspired by the adventures of Simba, Timon, Pumbaa and the other characters whose likeness you can see on anything from pyjamas, bedding and jumpers to eyeshadow kits, hairbrushes and makeup bags. And the circle of life goes on!