Masters of disguise: 10 South African animals that use camouflage

Camouflage ­– the hiding or disguising of something by covering it up or changing the way it looks – is extensively used in the animal kingdom as a survival method. This applies to both predators and prey animals, and of course, except for alpha predators (whose only enemy is man), many animals can be both predator and prey along different levels of the food chain.

While other attributes may help, such as spines, claws, large sharp teeth and thick skin, camouflage plays an important role in attempting to get your dinner, or avoiding being someone’s dinner. Not always successfully of course, or every living creature would die of starvation! But it does help not to be a ‘sitting duck’, as the phrase goes.

Interestingly, humans have also cottoned on to camouflage, but only for the purpose of warfare or skulduggery (think ninjas dressed in black in the middle of the night). Before we got a bit more savvy, battles were fought on a battlefield with, say,  British soldiers charging at the enemy in bright red jackets that seemed to be shouting “Here I am! Take a shot!” Nowadays, uniforms, tanks, fighter jets and naval craft all employ some form of camouflage. But back to the animals… 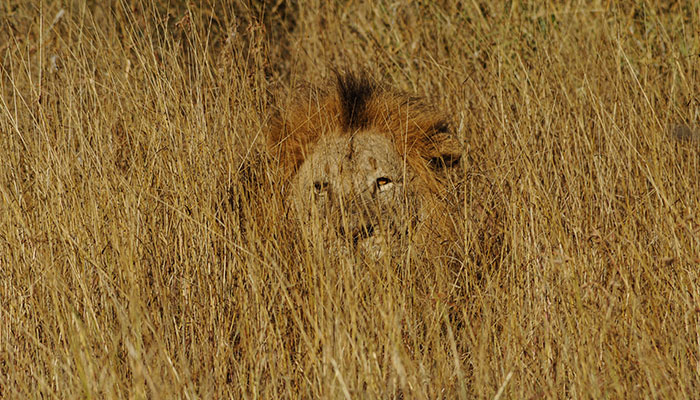 Lions have the simplest form of camouflage – their coats are matched to the usual colour of the bushveld or savannah which is their normal habitat. Their golden, tawny, beige coats blend in perfectly with the sun-bleached grasses where they lie in wait for a juicy zebra or buck. Lions do not feed daily, as their efforts to bring down an animal is often unsuccessful. They generally eat every 3 days and can go without food for a week, then can gorge on up to 50 kg of meat in one go. 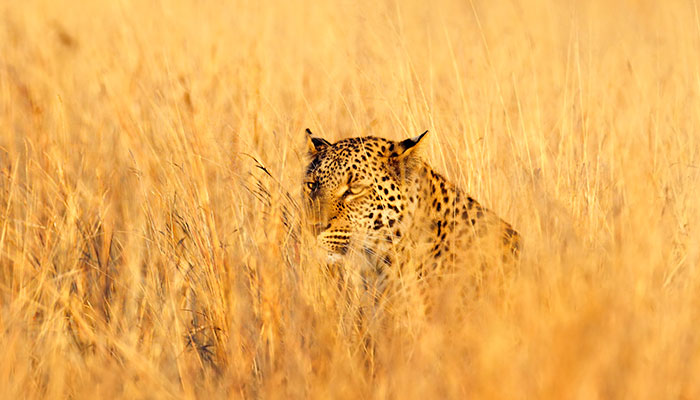 The leopard’s camouflage is the pattern of dark rosettes covering its otherwise tawny coat. These help disrupt the outline of the animal and help it blend into the mottled background of the savannah and trees. Leopards also don’t feed every day. If they manage to catch a very large prey animal, they’ll drag it up a tree and feast on it for a few days. They then can go for 13-18 days before they need to hunt again. 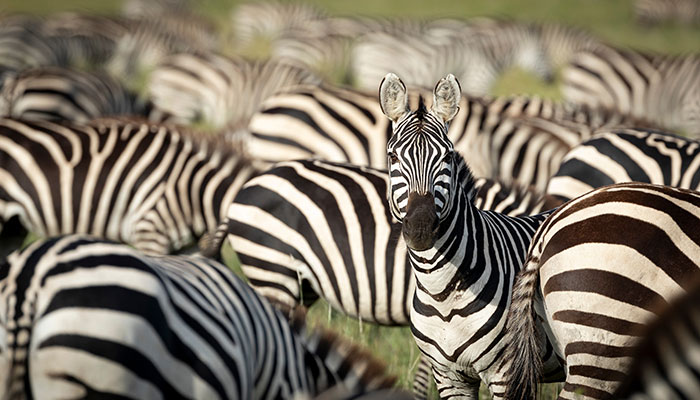 You would think that zebras with their distinctive black and white stripes (actually some are a more subtle brown) would stand out like a sore thumb in the bush. In actual fact, when they are being hunted by a predator and they stampede away in a huge herd, the stripes make it difficult for the lion or cheetah or wild dogs to distinguish a single animal and hone in on it. The stripes make everything a blur, bamboozling predators and giving the zebra a fighting chance to escape. 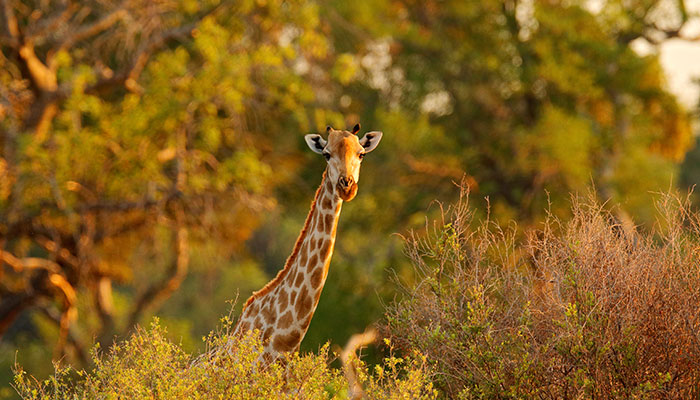 With their tall stature allowing them to spot predators more easily, long legs for speedy getaways, plus the ability to injure predators with powerful kicks, giraffes also rely on camouflage to help stay under the radar. The camouflage is especially important for the babies who can’t defend themselves. The tan coat is covered in darker shapes, a bit like crazy paving, which allows them to blend into the trees and dry grasses of the bushveld landscape. 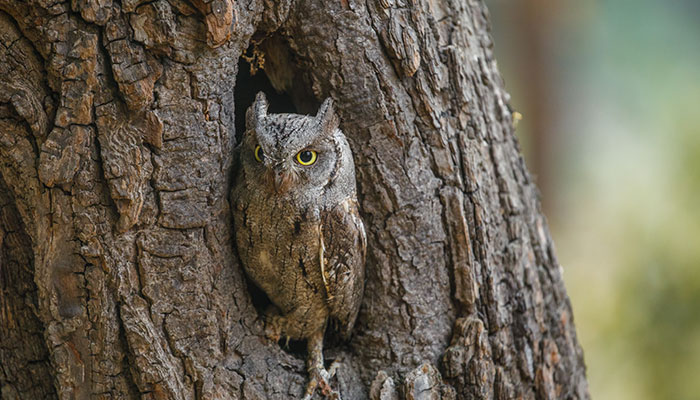 The Scops owl is the second smallest species of owl measuring only 30cm from ear tuft to tail. Because of their small size they are often predated on, but have a number of defences, the most important being camouflage. Their plumage is patterned to match the trees they roost in, with flecks and roughness that resemble the tree bark of an old tree perfectly. They can also stretch their bodies to look leaner and even sway slightly to resemble a tree branch moving in a breeze! 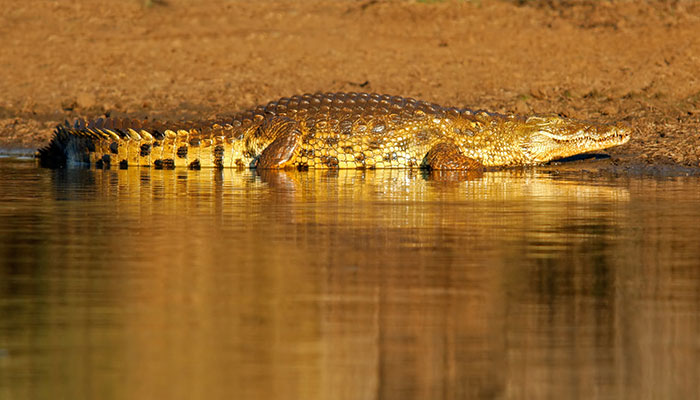 The Nile crocodiles that inhabit the more north-eastern parts of South Africa, such as the Kruger National Park and St Lucia in KZN, are also found throughout sub-Saharan Africa. With their flattened bodies and knobbly skin in tones of dark bronze and darker spots, they are easily disguised even in clear shallow water. They can submerge their entire bodies with just eyes and ears above the water line and more often resemble a submerged log. The most dangerous of predators,  they have probably killed more humans than any other wild predator, with a bite eight times stronger than that of a Great White shark. 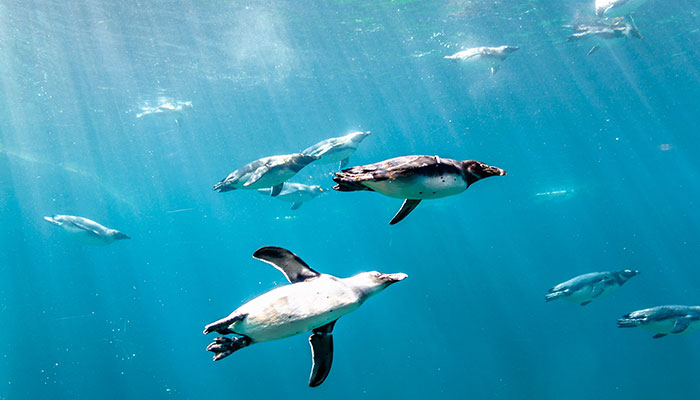 Ever wonder why penguins are black and white? Well, it's no coincidence that this colouration actually aids these marine birds by camouflaging them while in the water. Their predators in the ocean include sharks, Cape fur Seals and, sometimes, orcas.  When swimming, the black-footed African penguin is black above and white below. This plumage is protective camouflage in the water, known as countershading. Seen from below, the white belly blends in with the light from the sky overhead, while from above a predator will find it hard to distinguish the dark plumage from the dark depths of the sea. 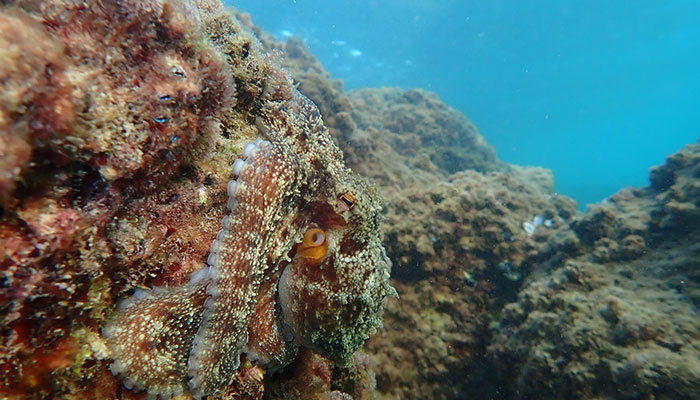 While we’re in the water, let’s not forget the highly intelligent, fluidly-moving, ever-changing octopus. In fact, there’s no creature on earth who is as adept as disguising itself, or as quickly. Not only can octopuses adapt their colour and patterns to their surroundings, but also the texture of their skin to match rocks, coral or sand. And they can do this in one-fifth of a second – literally the blink of an eye! 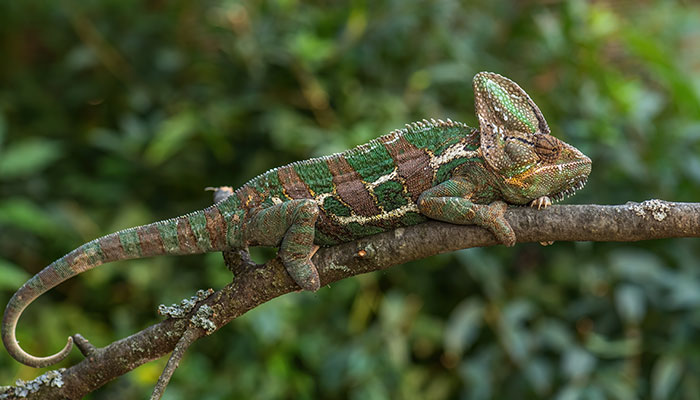 The chameleon is almost the poster child for its ability to change colour to adapt to its surroundings or situation. For example, if the chameleon is aware of a predatory bird flying above, it can change its colour to a darker, browner shade to match the ground or to blend into the particular bush or plant its sitting on. Fun fact: Chameleons don’t only change colour for camouflage purposes, but also to signal to other chameleons that it wants to mate, or even fight. 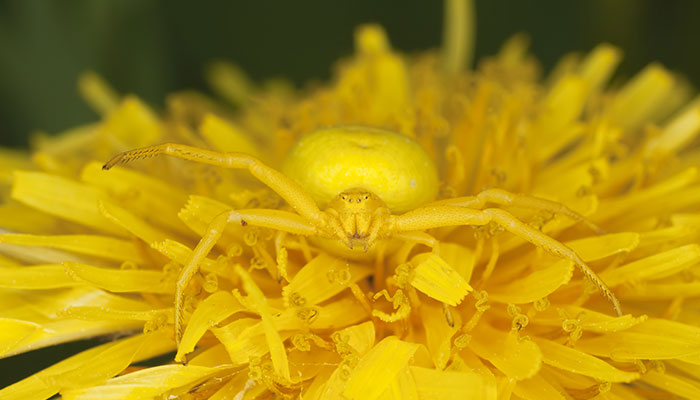 These small spiders do resemble little crabs with their leg formations, but their most notable accomplishment is to be able to change colour to match the flower they’re sitting on, in order ambush unsuspecting insects – sometimes twice their size ­– who fly in to feast on the pollen or nectar. Crab spiders can be bright yellow, snow white, pinkish or green and can move on to a different flower and change colour again.