June 8th has been named the World Oceans Day and dedicated to highlighting the importance of the oceans for the survival of our planet and our species, as well as raising awareness of increasingly difficult challenges caused mainly by climate variances, pollution and habitat destruction. Springbok joins the celebration by sharing a few unbelievable facts which will help you understand the important role oceans play in our lives.

Unbelievable Facts about the Earth’s Ocean 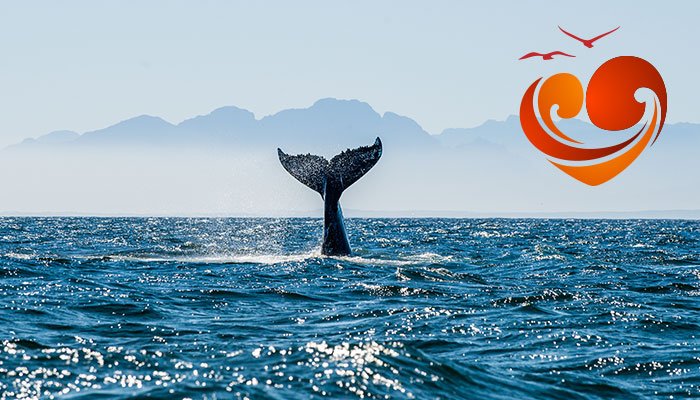 70% of the Earth's surface Covered by Oceans

Oceans cover 70% of the Earth or over 360 million square kilometres – that’s why the planet appears to be blue when observed from outer space. The Earth’s oceans store 97% of the water available on our planet. Their average depth is 3.8 kilometres but there are areas, the so-called ocean trenches, which are over 10 kilometres deep.

Oceans Produce as Much as 85% of the Planet’s Oxygen

Most of the oxygen we breathe comes from tiny ocean plants called phytoplankton. Same as other plants, they use sun and carbon dioxide to produce food. This process is called photosynthesis and its byproduct is oxygen. Based on a series of lab experiments, scientists have concluded that phytoplankton contribute between 50% and 85% of the oxygen found in our planet’s atmosphere.

With such a large portion of the Earth’s surface being underwater, it’s not surprising to learn that the majority of life on our planet is aquatic. Volume-vise, oceans account for about 90% of the living space. The aquatic biome supports an amazing diversity of species including fish, invertebrates, amphibians, reptiles, mammals and birds. Some of these are entirely aquatic while other groups also have terrestrial members.

We Have Explored Less than 5% of the Planet’s Oceans

The Earth’s oceans are still a secret waiting to be unlocked. Due to difficulty and high costs, we have so far managed to map less than 10% of the global ocean using sonar technology while over 80% remains unmapped, unobserved and unexplored. Currently available technology has enabled us to see the main features of this vast, underwater realm but only 5% of the ocean floor has been mapped to the highest level of detail.

As many as 230,000 marine species have been documented so far and there is a staggering number of about 2 million yet to go. These include microscopic organisms such as plankton and phytoplankton but also massive cetaceans like whales and dolphins. Marine microorganisms, too small to be seen by a naked human eye, account for as much as 70% of the total marine biomass.

The Mid-Ocean Ridge, consisting of multiple mountains linked in chains, stretches over 65,000 kilometres and is almost completely submerged in water. The humankind has so far acquired information on as little as 0.1% of the ridge so that much of it still remains a mystery. In fact, they say we have explored more of the Venus and Mars surfaces than the Mid-Ocean Ridge mountains.

More Historic Artefacts Found under the Sea than in Museums

If you take all artefacts stored in all of the world’s museums, they still wouldn’t stack up to those hiding under the sea’s surface – and that’s only if we take into account those we know of! Throughout the history, deep-sea divers have been discovering treasures, ships, ancient ruins and all kinds of wonders. Numerous ancient sculptures have been found off the coast of European, African and South American countries, along with a sculpture park consisting of 500 statues dating back thousands of years which lies in the Caribbean Sea off the coast of Cancun.

There are Lakes and Rivers Flowing beneath the Sea

We know that seafloor is as diverse a dry land but it may be hard to imagine that, in certain places, one can find underwater lakes and rivers. Seawater seeps up through layers of salt present beneath the seafloor, causing it to dissolve and form depressions. Owing to dissolved salt, the water in these depressions is denser than that around it and thus forms a river or a lake very similar to lakes and rivers on land – waves included!

Over 50% of the USA Lies Underwater

Our American friends would be just as surprised as you to find that over 50% of their nation lies underwater, meaning there is as much sea bottom as dry land. Explorations done so far have resulted in discoveries such as an American passenger ship torpedoed by a Nazi sub in 1942. The Robert E. Lee ship was found by the same man who has discovered the Titanic 30 years ago.

The Pacific Ocean is the World’s Largest and Deepest Ocean

The Pacific Ocean stretches over 165,250,000 square kilometres, covering as much as 46% of the planet's water surface. It also accounts for about one-third of the total Earth surface which makes it bigger than all land area combined. This ocean has about 25,000 islands divided into three main groups – Micronesia north of the equator, Melanesia to the southwest, and Polynesia which stretches from Hawaii to New Zealand. 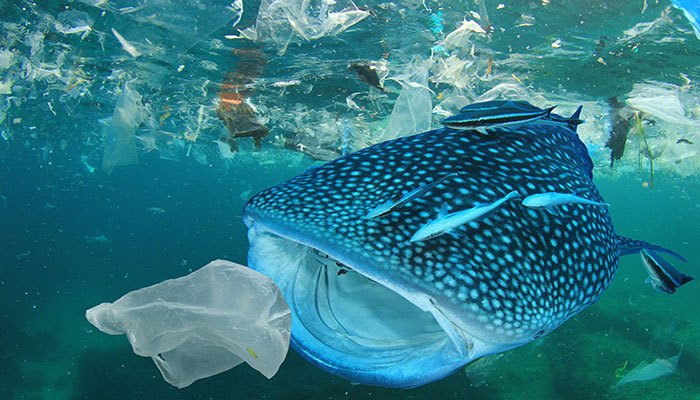 Plastic waste keeps choking our oceans and harming plants, wildlife and our own health. South Africa is one of the countries that are, owing to the scale of plastic pollution, considering to completely ban single-use plastic products – a global trend Springbok heartily supports, especially after witnessing a shocking incident a few months ago. Seeing Durban beachfronts littered with a thick layer of plastic bottles and packets was a true wake up call. To help raise awareness of the threat caused by plastic pollution, we’re sharing a few facts you may not be familiar with.

Every year, over 300 million tons of plastics are produced and about 8 million tons thrown into the ocean. They say there’s now a minimum of 5 trillion pieces of plastic floating in the planet’s oceans, suffocating marine life and ultimately poisoning humans. Plastic debris transported by ocean currents can now be found everywhere, including the remote shores of uninhabited islands and the Arctic ice.

Most studies conducted so far have been focused on the surface area, identifying contamination in fish, whales, turtles and birds. However, the damage is not restricted to the surface. More recent explorations have shown that plastic waste manages to end further than we thought it possible, as a recent dive in the Mariana Trench of the Pacific Ocean, undertaken by a retired US naval officer, has proven.

Huge concentrations of floating plastic debris have been reported in five main areas and among them one the size of Texas lying between California and Hawaii. Accumulation naturally happens in zones where five large subtropical gyres converge. The debris largely consists of microplastics less than 5mm in size, constantly mixing and moving under the influence of winds and currents, which also makes it difficult to remove.

Plastic Bags and Bottles are the Worst Pollutants

Plastic accounts for as much as 80% of marine litter and plastic bags and bottles are the most prevalent source of pollution found on our shores. More than 500 billion bottles end up littering our waters every year. Plastic bags are particularly problematic because they easily float both in the air and water and can thus travel long distances. What’s more, they can never fully break down in water.

Many marine animals can’t tell the difference between plastic and food. Because indigestible plastic fills them up, they have no urge to eat and will easily starve to death. It has been reported that plastic kills approximately 100 million marine organisms each year. More than 30% of dead leatherback sea turtles have ingested plastic mistaking it for jellyfish. According to Plastic Oceans International, a non-profit organisation that relentlessly works on changing the global attitude toward plastic, over 90% of all seabirds have plastic pieces in their stomachs.

Coral reefs provide a home to over 25% of the marine life. Having come in contact with plastic waste, the chance of a coral becoming diseased massively increases – from only 4% to a staggering 89%. According to researchers from New York's Cornell University, more than 11 billion pieces of plastic were lodged in corals inhabiting the Asia-Pacific oceans.

Statistics are scary: if we sit idly, by 2020 the amount of plastic in our oceans will increase tenfold. By 2050, the weight of plastic floating around will be bigger than that of all fish inhabiting our seas. In heavily polluted areas such as the North Pacific Central Gyre, the mass of plastic is already 6 times greater than the mass of plankton. Scientists have to date identified 200 so-called “dead zones” where living organisms can no longer grow.

Plastic Consumed by Fish ends up in Humans

Many of the fish we eat, including brown trout, perch, opah and bigeye tuna, consume plastic waste. This not only threatens to significantly reduce the population of the species, but ingested plastic microfibres also end up in our plates. Scientists at Ghent University in Belgium have reported that shellfish lovers end up eating over 10,000 plastic fragments each year, and though they absorb a small percentage, the fact is plastic accumulates in our bodies over time.

It Takes Ages for Plastic to Degrade

It can take as much as 1,000 years for plastic items to decompose in landfill sites. In 2009, researchers from Nihon University in Japan found that in warm ocean water plastic can degrade in as little as 1 year, and while that may not sound too bad, you should know that those small plastic bits are toxic chemicals which will either end up in the guts of marine animals or washed up on shorelines where we can easily come into direct contact with toxins.

An average South African uses up to 50 kg of plastic each year, much less than an average European or North American; the yearly consumption of plastic in Europe and the US is reportedly as high as 130 kg per person. It may be due to South Africans being well aware of how human behaviour affects wildlife, but it still doesn’t mean we can sit back and relax. Now is the time to do whatever we can to stop and eventually reverse this scary trend.

Ideas to use less plastic 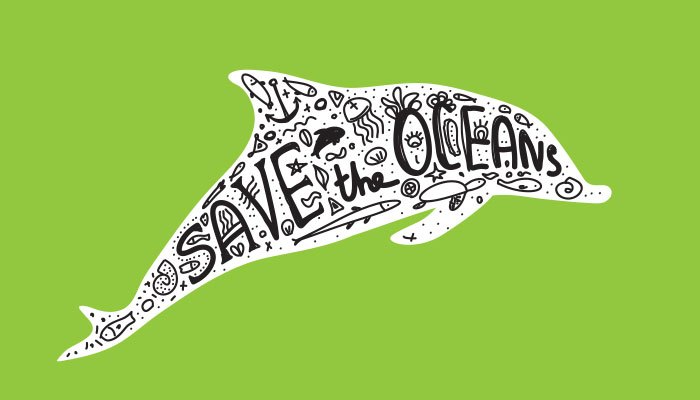 Every change matters even it is just a small one. Here are some ideas everybody can consider in daily life the help the ocean.