How To Play Video Poker (the short & sweet version) 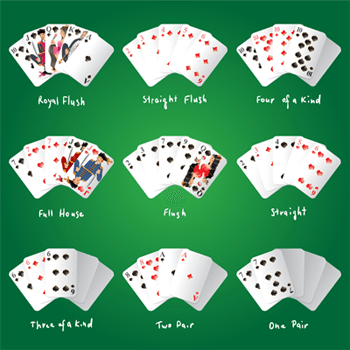 All players are dealt complete hands before the first round of betting. Each player then develops his hand by drawing more cards. A player will keep those cards he thinks will help him build a profitable combination, and discard the rest.

Once a player has received his cards, he must specify how many of them he wants replaced. These cards are then discarded and replaced with new cards in the same quantity that were let go. At the end, the player should still have five cards in his hand.The house tends to limit the number of cards that are permitted to be replaced. At most casinos, this is set at three cards. The reason? It’s got a little bit to do with accepting the hand you’re dealt, so to speak. The principle is that you should be forced to accept at least some of your hole cards without being allowed to simply replace every one...Rather than playing against other players, Video Poker will pay you according to a pay table posted on the machine. The better your combination, the higher you’re paid.Hand orders go like this from highest to lowest: