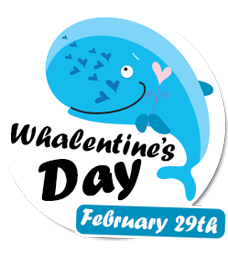 We will celebrate more than huge! We love whales and we can not imagine a world without them. As we know, lot's of them are endangered and nowadays being whale is not easy anymore.

Enjoy incredible facts about whales the whole of February and get ready to fancy the biggest February 29th EVER.

Can you imagine an animal that’s bigger than any of the giant dinosaurs still alive on Earth today? Yes, we’re talking about the blue whale, the titan of the ocean. Often confused with fish, a whale is actually a mammal, one that plays a vital role in the overall health of the environment and the sustainability of our global ecosystem. There is much about whales we don’t know, but there are also many things we do know and plenty of curiosities surround this magnificent animal which navigates the oceans, communicating through complex, majestic sounds. 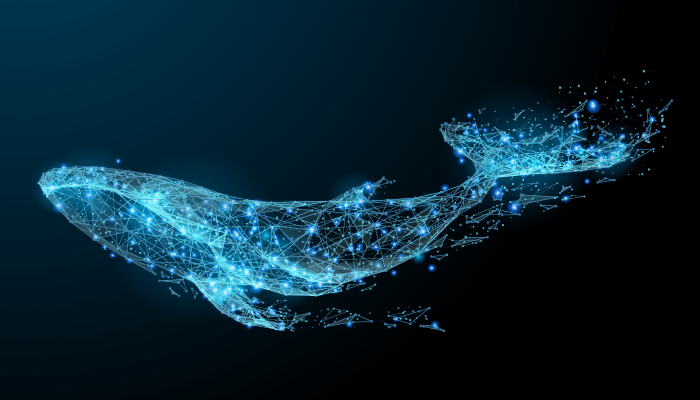 There are various kinds of these fascinating creatures found in the deep waters from the Arctic to the tropical areas around the equator and down to the Antarctic region, with regular migrations from feeding grounds to breeding grounds. The beluga whale is a benevolent, sociable whale of the Arctic, recognised for its bulbous forehead. Referred to as the melon, beluga’s forehead can change shape allowing the animal to make different facial expressions. Also, they are called the "canaries of the sea" because they produce similar sounds as the cheeky yellow bird complete with whistles, clicks and chirps. Next, we have the blue whale which is the largest animal on the planet, weighing as much as 2,000 men or 33 elephants.

The grey whale is a big traveller – it migrates 12,000 miles from the Arctic to the US and Mexico to breed. The bowhead whale has specific moving patterns which are influenced by the melting and freezing of the Arctic ice. Their thick skulls come in handy when in the need to burst through ice layers. The main singers among whales are humpback whales. During the winter breeding season, they repeat their mesmerising calls for several hours.

The sperm whale, which can be found in the open seas deeper than 1,000 meters, feeding mostly on deep-water squid, has a head that occupies up to a third of its overall body length. Its brain can weigh up to 9kg, which makes it the heaviest brain among animals. The species name comes from a yellowish wax found in the creature’s enormous head which is called spermaceti.  The sperm whale’s head has a cavity large enough to house a parked car!

We’ve already teased the skill of the humpback whales to produce a long series of calls during mating season. Only males are reported to sing and their songs contain sequences of squeaks, grunts and other sounds which make long, varied and eerie arrangements which have the largest range of frequencies used by whales, ranging from 20-9,000 Hertz. It’s not confirmed why male humpback whales produce their underwater lullabies, but many presume that they are attempting to serenade potential female partners.

Another curiosity about humpback whales is that they devote huge portions of their time to being on the move. They are expert travellers, making some of the longest migrations of any whale, and therefore any animal. While they feed in Antarctic waters, they travel thousands of miles each year to reach Colombia and Panama to breed. It’s interesting that the same thing happens in the southern hemisphere, but the seasons are reversed and whales in each hemisphere never meet one another.

Not the most flattering of subjects, but it’s a natural thing and we must observe it like one. After all, ocean is part whale pee. Whale waste water ends up in the ocean, and loads of it. A single fin whale pees about 970 litres (257 gallons) per day, which is enough to fill up more than 3 bathtubs. A sei whale disposes of about 166 gallons of urine in one day.

Socialising is a Whale Thing

There have been scientific studies about brain cells in whales which are similar to the human cells involved with social interactions. These studies led scientists to believe that whales are capable of learning, teaching, collaborating with others, scheming, and even grieving. Whales do live in families, which are called pods. Scientists have also discovered that female humpback whales make friends with one another and reunite each year. They are known to remember their BFFs, finding them across the ocean and among other whales. Female humpbacks who hang out in the company of their friends are healthier and give birth to more calves each year.

However, there is another side of the coin. If a whale is injured, it is often taken into captivity to heal. Sadly, it’s not uncommon for these whales to eventually die upon being released as they can’t become part of the pod once more because they’ve become used to another lifestyle.

What About Whale Bones?

Think about it - whales have the biggest bones on the planet. Where do they rest? The seafloor would have been cluttered with them, if it weren’t for the ingenious way nature has conceived for them to be disposed of. Lo en behold – the zombie worm. As wacky as it sounds, the zombie worm (Osedax mucofloris) is tasked with dissolving whale bones, feeding off the protein and collagen the bones release. The creature’s scientific name literally means “bone-eating snot flower”. Don’t google it.

Moby Dick is a True Story

A story of a vindictive whale turning against whales may sound like pure fiction at first, but Herman Melville’s book was indeed based on real events which occurred around 1820. Melville read about a whale named Mocha Dick which hit and sunk an English whaling ship. The ship’s crew ended up on n a deserted island where they were left with no options but to resort to cannibalism while being struck by starvation and sickness. Just like Moby Dick from the book, real-life Mocha Dick was a white albino who was reported to produce terrifying sounds. Contemporary descriptions see him covered in barnacles and dragging along ropes and harpoons which failed to end him in former encounters with whalers.

We’re ending on a slightly spooky note, but when all is said and done humans have been enemies to these marvellous creatures more than they have been friends, We think it’s time to learn to love whales and their strange, yet inspiring way of life.

Even though whales are huge and they look menacing, their enormous size hasn’t been able to protect them from praying human activities.  In the past centuries, whales have been hunted, some species even to the brink of extinction, due to industrial whaling. Oil made from whale blubber was particularly important in the Industrial Revolution. The exploitation of some whale species to near extinction led to the banning of whaling in many countries by 1969, and eventually to a worldwide halt of whaling as an industry in the late 1980s. Nowadays, whales are affected by the destruction of their natural habitat due to pollution and extensive fishing. 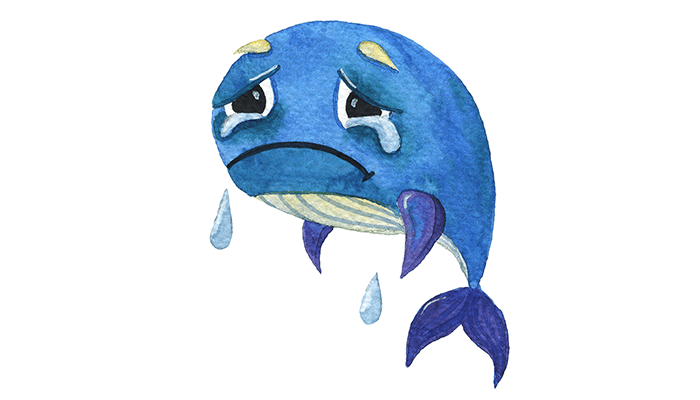 Countries that Continue to Hunt

There are still countries that support commercial whaling today. Canada, Iceland, Japan, Norway, Russia, South Korea, the United States, as well as Greenland and the Danish part of the Faroe Islands continue to hunt even though the International Whaling Commission (IWC) banned commercial whaling in 1986. The only ones allowed to do whaling are indigenous peoples and only on a subsistence basis. Canadians kill about 600 narwhals per year, Greenlandic Inuit whalers catch around 175 large whales per year and Iceland is one of a handful of countries that still maintain a whaling fleet. Japan, Iceland and Norway usually stand out as countries which believe to have a right to hunt whales. Japan claims its goal is scientific research. Norway objects to the IWC ban and Iceland remains reserved in front of it.

The biggest of all whales and all animals on the planet, the blue whale, is one of the endangered species which suffered most during the 20th century due to intensive whale fishing. Whale oil was used as fuel and it was particularly sought after. What’s left of blue whales then faced increased ship traffic and that’s been the main cause of their numbers’ decline in recent years.

The Effects of Commercial Fishing

A number of problems for whales originate from intensified commercial fishing. For one, there are cases of some species getting injured or entangled in fishing nets. Those that get entangled in commercial fishing gear are slowed down, wakened and even prevented from feeding which can lead to death.  Furthermore, overfishing is making it difficult for whales to find sufficient food. Scarcity of fish in certain areas may lead to whales leaving and disturbing their migration or, even worse, starving.

The natural habitat of cetaceans (whales, porpoises and dolphins) is highly affected by climate change; it’s one of the main causes of destruction of their home environment. Since most large whales feed on krill, a small shrimp-like crustacean, they are affected by the fact that krill is struck by the rise of ocean temperatures. With ocean currents also changing due to climate, whale feeding grounds and migratory pathways are forced to change as well.

Recovering whale populations are currently facing another enemy - chemical pollution, oil spills and garbage disposal. Industrial practices that pollute the sea with large quantities of dangerous manmade chemicals cause harm to both animals and their marine environment. The metabolism of whales is not equipped to deal with chemicals such as PolyChlorinated Biphenyls, or PBCs, which are particularly toxic and cause sterility. Litter, particularly plastic, can also do harm for whales if ingested.

It often happens that whale migration routes and habitats overlap with regions of heavy ship traffic. Passing ships and boats may strike a whale, injure it or even kill it. The biggest ship strike threat comes from cargo ships, cruise ships and tankers which are almost always fatal when crossing their path with a whale. Some action has been done in this aspect – reduced speeds are implemented in specific areas where contact between ship traffic and whales is most likely to occur.

Whale populations are also seriously disturbed by the use of sonar by the military or loud underwater seismic surveys. Noise pollution interrupts normal behaviour   of a whale, an animal which lives in a world of water and sound. They listen as much as we use our eyes to see, so if something like a loud jet engine or underwater explosive interferes with their echolocation or causes damage to their hearing their survival is automatically endangered.

Japan is supposedly conducting a scientific whaling program, yet most of the whale meat ends up in restaurants, which is why the project is widely criticised. In Iceland, tourists are attracted by exclusive whale menus under the pretext that they will be served something traditional and authentic. However, the domestic appetite for whale meat is negligible. Rather than consuming whale, there are campaigns to promote whale watching trips. This may be the safest and most profitable alternative to whale exploitation while still maintaining the flow of tourists interested in wildlife interaction.

By the laws of nature, whales have no predators. Which is ironic, considering how endangered they are. Man is the one to blame and we’ve created many problems for the ocean giants, but luckily more and more conservation efforts are emerging to help get their numbers back up.