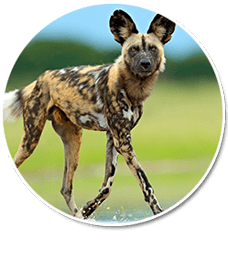 African wildlife, as we all know, is colourful and diverse. Some of the most beautiful and unusual animal species roam the wild terrains of Africa, but we would like to dedicate this page to African wild dogs. These animals are known as African hunting dogs, Cape hunting dogs, painted dogs or painted wolves. They are the largest canids in Africa and, unfortunately, endangered. Due to habitat fragmentation, certain infectious diseases and conflict with human activities, their population fluctuates. It is estimated that currently there are fewer than 550 of them in South Africa and fewer than 40 sub-populations on the entire continent.

Not everything is black and white. One can’t claim that African wild dogs are neither wolves nor dogs. Their scientific name, Lycaon pictus, translates to “painted wolf” and they are the only living species in the Lycaeon genus. Grey wolves, coyotes, dogs and jackals all belong to the Canis genus. Some previous studies have linked wild dogs with dholes and bush dogs, but more recent research has debunked the morphological similarities among these species and proven that they do not have common ancestry. Within the most scientifically correct context, African wild dogs are considered close to the base of the wolf-like canids.

They are pretty bulky. African wild dogs are lean and quite tall, with ears that are oversized and they do not have dewclaws. An adult stands 60 to 75 cm (24 to 30 in) in shoulder height. The head-and-body length is on average between 75 cm – 110 cm. Females are generally 3–7% smaller than males. Wild dogs have four toes instead of five and have the largest premolars relative to body size of any carnivore other than hyenas. 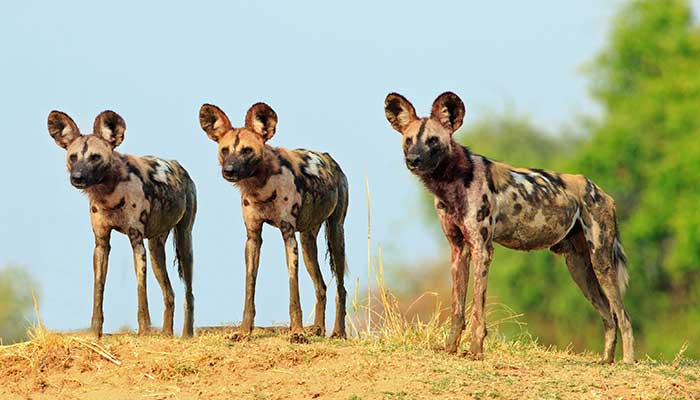 The streamline body and sturdy long legs enable the African Wild dog to be a persistent and successful hunter. They usually approach their prey silently and then chase it reaching top speeds up to 60 – 72.5km/h. They can keep up the speed for 10 to 60 minutes. Within this period the prey animal can rarely outrun the wild dog. If it is large, the dog will bite them on the legs, belly, and rump until it stops running, and if it is small it will be pulled down and captured. The body of the African wild dog is especially well-adapted to dealing with heat stress – the large ears help a lot. 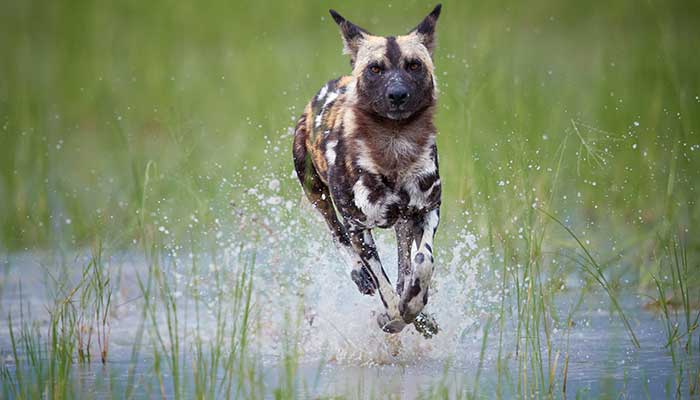 They have very strong social bonds and live in packs. The pack can have from 2-3 to 20+ adults, with one pair (alpha male and alpha female) being responsible for reproducing and bringing new generations into the pack. A litter of the African wild dog normally consists of between 4 and 12 pups and all dogs in the pack contribute towards their care. It is interesting that males usually remain in their natal packs, while females would disperse, something that is not common in other social species and more frequent with primates. 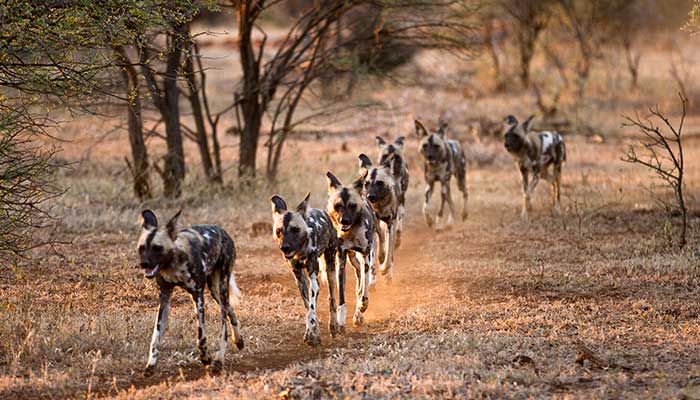 The Cape wild dog is the largest of the African wild dog subspecies. They are recognized by the orange-yellow fur overlapping the black; they also have partially yellow backs of the ears. The underparts of their fur are also mostly yellow and they have white hair on the throat mane. The scientific name for the Cape wild dog is Lycaon pictus pictus and it is mostly found in northern Botswana, northeastern Namibia and western Zimbabwe, as well as the Kruger National Park in South Africa, the Luangwa Valley and Kafue National Park in Zambia. 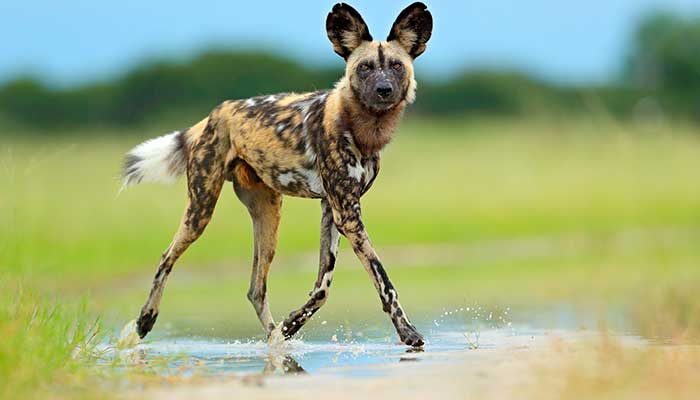 Southern Africa's San people, also known as the Bushmen, mention the Cape wild dog in their unique mythology. The animal appears in several mythological stories. In one, the hare is cursed by the moon to be forever hunted by wild dogs because it refused to allow all living things to be reborn after death. In another tale, the god Cagn takes revenge on the other gods by sending a group of men transformed into African wild dogs to attack them. The San people of Botswana believe that shamans and medicine men can transform themselves into Cape wild dogs.

The East African wild dog is native to East Africa. It is smaller in size when compared to the other subspecies and it has much darker coat with dominant black patches. Its scientific name is Lycaon pictus lupinus and occupies areas in southern Tanzania (the Selous Game Reserve and Mikumi National Park), South Sudan, northern Kenya and probably northern Uganda. Unfortunately, it is considered eradicated in Uganda and Kenya, as well as in Rwanda and Burundi. Artistic depictions of wild dogs have been found on objects from Egypt's predynastic period. 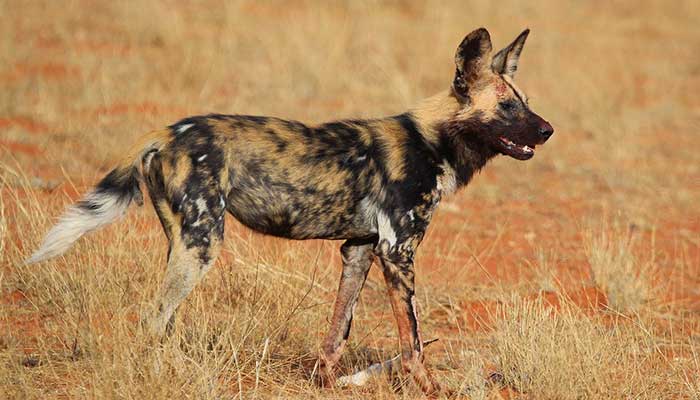 The Somali wild dog is native to the Horn of Africa. Its scientific name is Lycaon pictus somalicus and it is believed to be present in small numbers in Ethiopia where it is legally protected. It is uncertain whether there are still any left in Somalia. This subspecies is smaller, has shorter and coarser fur than the East African wild dog. It has also been the subject of primitive beliefs - the people of Ethiopia's Tigray Region believed that injuring a wild dog with a spear would cause the animal to dip its tail in the wound and flick the blood at its assailant, causing instant death. 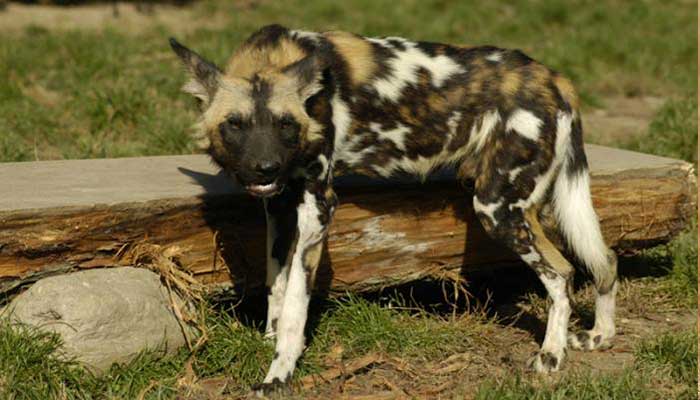 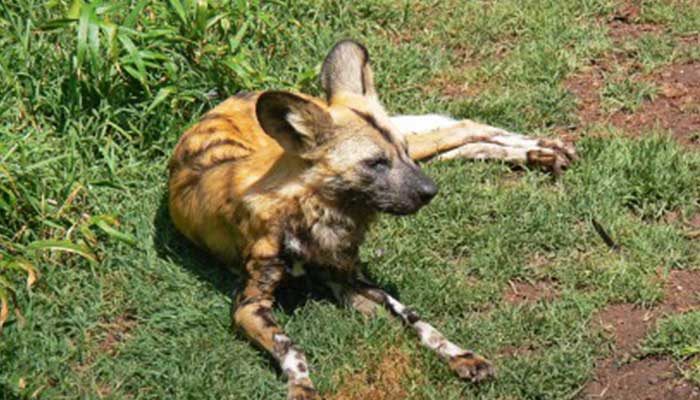 This subspecies is native to West Africa and carries the name Lycaon pictus manguensis. As were other subspecies of the African wild dog, the West African one was also once widespread. Now, it is believed that only around 70 adult individuals are left in the wild. They can also be found in the Niokolo-Koba National Park of Senegal and the W National Park of Benin, Burkina Faso and Niger. The West African Wild Dog is classified as critically endangered by IUCN. 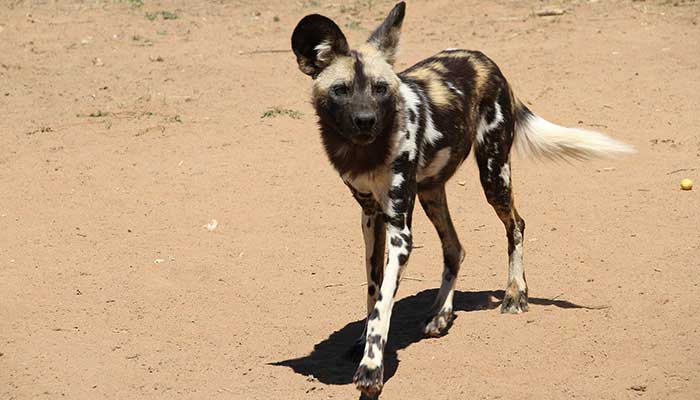