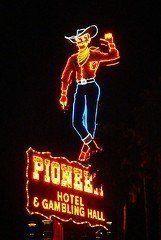 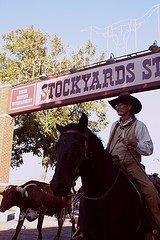 Stopping all the fun

Gambling halls were extremely popular with all of the locals, even if they weren't into casino games. They would normally be some of the most extravagant buildings in the town, and would have a bar for drinking, a stage for entertainment and hotel rooms (for when the guests passed out). Unfortunately, mixing all of these fun forms of entertainment together could cause trouble, and atmospheres within the gambling hall could be tense. It soon meant that certain towns developed poor reputations, as dangerous places to be. As the Old West became more populated, and therefore full of more families, the perception of gambling went downhill. Many states decided to ban gambling, and bring in many anti-gaming laws. The fun, and games, were over.

The Wild West may seem to have been all about cowboys catching outlaws, but it seems as though there was more entertainment than just that. I wonder how good the Frontier Gamblers would have been at online poker? Without being able to shoot at each other if they lost.