Infinity Reels in Slots? Been There, Done That! 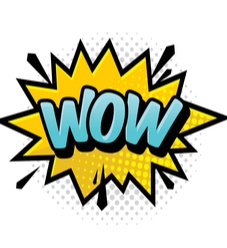 The word on the street is infinity reels are the hot new online gambling trend.  Well, at Springbok Casino, we beg to differ.  Our expanding reel sets may have a finite ending – but the concept is not new by any stretch of the imagination… and here is why!

What are Infinity Reels?

In essence, infinity reels are reel sets in online slots that can expand in-play.  You may start your online gambling forays with a 3 x 3 grid.  Before you know it, however, the gaming interface can have stretched beyond recognition.

Benefit from a Higher Payout Probability

What does that mean in the context of online gambling?  With more reels, and more positions on the reels to roll in the wins, slots with expanding grids have extra pay out punch.  Sounds great, doesn’t it!

It is a bit like giving a tennis player a larger racket or a batsman a bigger bat right in the middle of a grand slam or five-day test match.  In the normal course of events, it simply is not done.  It gives the players an unfair advantage – on the court or the cricket pitch or right here at Springbok Casino ZA.

Now, there aren’t many players who would turn down an advantageous game mechanic.  The point of online gambling is to beat the dealer and bank the proceeds in the process.  By continuously adding new reels to the existing set, the game developers – clearly overcome with generosity – are skewing the odds of winning in your favour!

The only difference between infinity reels and RTG’s expanding reels has to do with the limits – real or imagined.  In the former instance, the reel sets can technically continue expanding until they burst the screens on our smartphones or desktop monitors.  In reality, that is hardly the case.  The best you can possibly wish for is a 10 x 3 or 12 x 3 grid.

Infinity reels may sound catchy but there is always a maximum threshold, especially in the world of online gambling.  These types of reels are fundamentally a splitting image of RTG’s expanding grids.  It is a matter of semantics rather than totally new game mechanics.

Where infinity reels are unique, is they are part of standard game play in online slots.  In other words, whenever there is at least one matching symbol on the last reel on the right, the feature kicks-in.  It continues to add new reels to the grid until such time there are no more similarly ignited payline wins.

At the risk of sounding partisan, the expanding reel sets in Springbok Casino slots are much more exclusive.  They are an added bonus deposited within a feature.  That means seriously large pay outs are potentially part of this online gambling package.

What Can You Win Playing Expanding Reel Slots at Springbok Casino?

Before you hum and haw, let’s give you a concrete example of what you can win in RTG expanding reel slots.  We will use the effervescent Diamond Fiesta slot as a reference point.

Check Out the Jackpot Diamond Feature in Diamond Fiesta Slot

As we have already mentioned, Real Time Gaming has deployed its expanding grid in the dazzling Jackpot Diamond bonus feature.  Here is how it works.

When you hit six or more diamond icons anywhere on the standard reel set, you are awarded three re-spins.  Diamonds are sticky during re-spins.  They are also the only active symbols in the respins feature.

When a diamond shows up in a corner position on the grid, the re-spins are re-set to the original three.  At the end of the feature, each diamond reveals one of two possible prizes:

That is in the normal course of events.  When you land diamonds in all four corner positions on the grid, however, the reel set expands from the conventional 5 x 3 grid to a 6 x 3 reel set.  In this instance, a column is added on the right.

Hit the same triggering combination and the reels increase to form a 6 x 4 grid.  This time, one extra row is added to the bottom of the set.  Pull off another four-corner diamond combo and an extra column is added to the right and left of the grid to generate the maximum 8 x 4 reel set.

Get Mega Wins on the Expansion Limit

When you do that, a diamond in any corner position on the grid awards one extra re-spin.  That is great but it is the prizes associated with the largest possible reel set that are jaw dropping to say the least.

In fact, the multipliers soar up to 250 x and in this instance, you can win one or other of the Major or Grand random RTG progressive jackpots.  If you are really lucky, you can win both!

Enjoy an Online Gambling Fiesta All the Way

How is that for an online gambling bonanza?  One that is largely due to the consistently expanding reels sets.  The expanding reels innovated by Real Time Gaming may be finite but that takes nothing away from the potential payday awaiting players at Springbok Casino!

How can you exploit the fabulousness of expanding reel slots?  In a few easy steps…  Hit the Sign Up button at the top of the page and enter your details on the online form.  You are now well on your way to becoming a registered member of Springbok Casino.

Once you have dotted all the Is and crossed all the Ts, an exciting online gambling world awaits – and that world consists of hundreds of awesome online casino games, sorted for your convenience in a range of categories.  Thereafter it is simply a matter of ‘deposit, claim your welcome bonus – and play’!